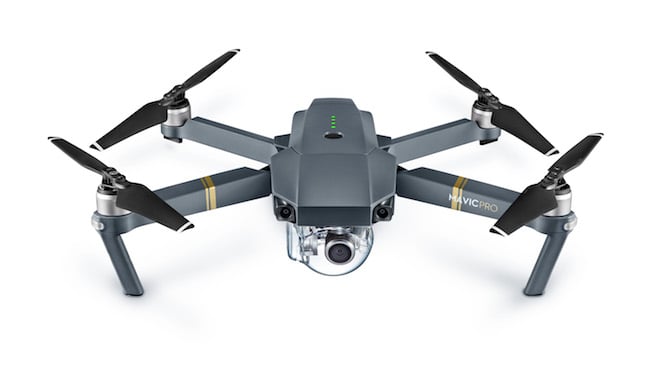 After a month of leaks and speculation, DJI has announced its low cost, super compact and feature-filled Mavic Pro drone (as well as the new DJI Goggles). Ned Soltz was in New York to see it all take-off.

The Mavic Pro weighs a mere 26 oz (743g) and folds up to the size of a water bottle. It can be set up and ready to fly in under a minute with a flight time of approximately 27 minutes. It is controlled either by the free DJI App or via an optional controller.

Its small size belies its sophistication. Mavic Pro’s brain consists of 24 processors augmented by 5 visual cameras and dual-band satellite connectivity. This translates to the ability to avoid obstacles, position itself accurately in any indoor or outdoor environment and includes features which are far beyond what one would imagine in a (comparatively) inexpensive product. 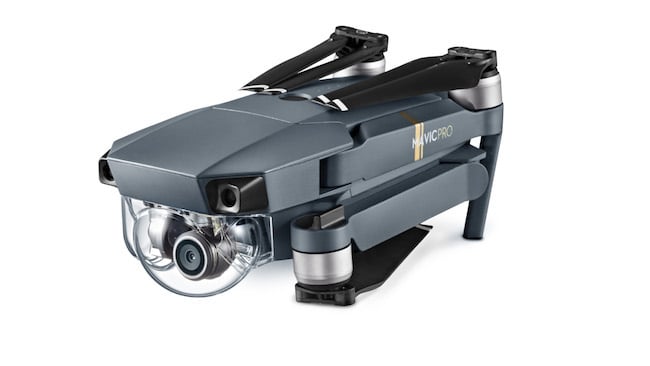 At its NYC product launch, those of us who saw Mavic Pro first hand were initially impressed by its intelligent flight modes including active track, gestures, precision landing and terrain follow. For starters, Mavic Pro not only remembers the GPS coordinates of its take-off location, but also, after initial climb, stores an internal photograph of the spot for accurate return to location. It can even be set to gesture mode, recognizing a variety of hand commands. Mavic Pro can follow a subject accurately and can follow terrain to remain at a constant elevation above terrain.

The DJI app is also geo-aware of airspace restrictions and will warn users if operating in restricted airspace or in which airspace class the operator is flying.

The camera is mounted on a 3-axis gimbal and resolves 4K 30p video with a 78 degree field of view. Stills are captured at a resolution of 12 megapixels. It can be controlled at distances up to 4.3 mi (7km) and stream live 1080p video over that distance.

It can avoid obstacles while flying at its maximum of 22mph (36kph). In tripod mode, it can hover precisely for stable shots. There are several auto tracking modes including trace (behind the subject), circle, spotlight and profile (follow along side the subject).

The optional remote unit provides the maximum operational range and also can hold a smart phone for monitoring and then recording/streaming feed from the drone. The drone, however, can be operated perfectly well merely by smartphone and DJI app.

Mavic Pro can also be set to sport mode for racing or other acrobatic moves, though the potential downside of this is that it must be flown in complete manual mode as object avoidance is turned off. In sport mode the drone can reach speeds of 40mph (65kph).

DJI also announced DJI Goggles for a complete flight experience at the same event. The goggles contain two 1080p displays at an 85 degree angle of view. Two goggles can be paired to one Mavic Pro to allow a second individual to enjoy the view. 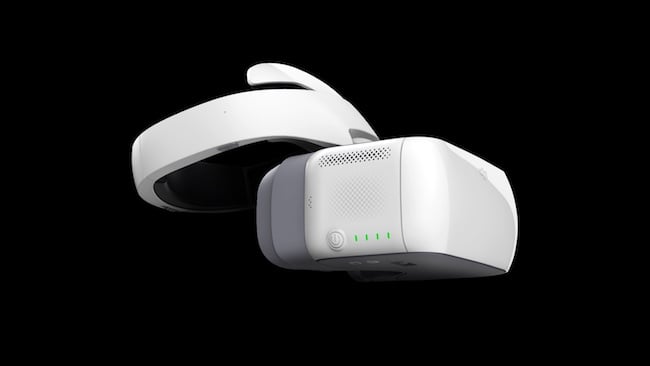 The new DJI Goggles can be paired

Mavic Pro pre orders began immediately on September 27 with shipment estimated beginning October 15. No date or price was specified for the DJI Goggles but Mavic Pro will be priced at $749 for basic drone and $999 with the optional remote. DJI will also offer a bundle for $1299 including backpack, extra rotor blades, batteries and multi-battery charger. In the weeks following release, DJI plans to ship other accessories and spare parts.