Fiilex AL250: An onboard LED light for drones 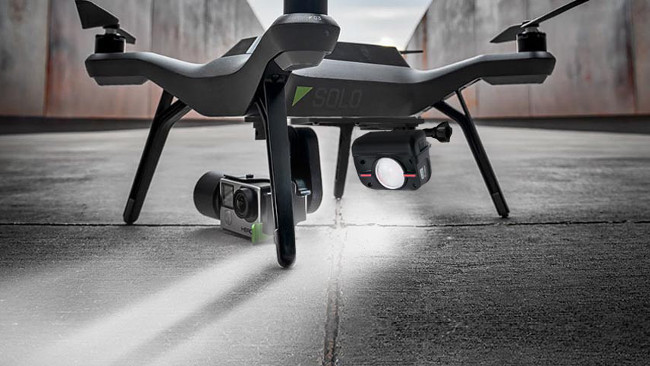 A new LED light that uses a GoPro mount could be a hot accessory for the drone market.

Following the announcement of GoPro's Karma drone, LED vendor Fiilex has announced a half-pound light with GoPro mounting for use on Karma or any drone which can be adapted to a GoPro mount.

The AL250 draws 30 watts of power for an approximate equivalent of a 200 watt tungsten fixture. An optional rechargeable LiON battery pack mounts to the light's housing, providing about 25 minutes of flight lighting.

Fiilex lights are known for their high CRI and accurate color across the spectrum. The company claims a CRI of 95 based upon its testing. The AL250 is only available on a color temperature of 5600K.

The $349 light ships with a USB cable and charger with optional LiON battery back, adhesive mount or Type 1 mount plate, and is available immediately through reseller channels.

The AL250 focuses light through a Fresnel optical system, which produces a flicker-free beam, as well as a doubling of center lux intensity.

The product should hold considerable value for drone shooters who wish to expand low lighting shooting scenarios or other creative expansions that such a light could provide.

Here's an example video that showcases the AL250:

More example videos are available on the AL250 page of Fiilex's site.