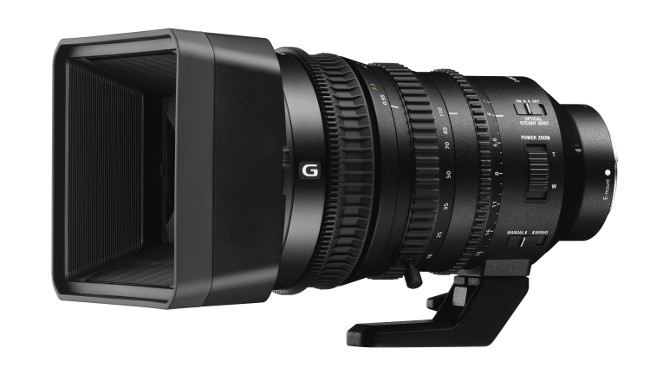 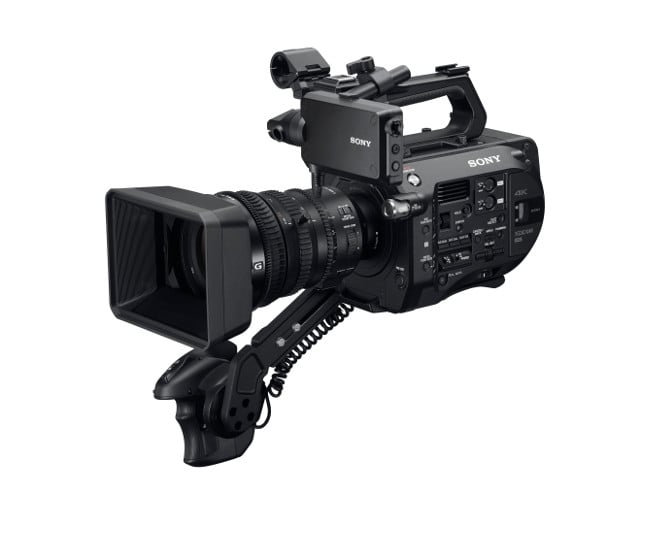 Like the 28-135, its push-pull focus ring switches between auto and manual focus. But when the servo zoom is disconnected, the manual zoom is completely mechanical, allowing snap zooms and eliminating servo lag. This has been a consistent source of concern with PZ E lens users. Autofocus and auto iris changes are virtually silent. The focus ring incorporates a cine-style gear for use with a follow focus or attached external motor drive. As an added feature, the zoom ring direction is switchable CW/CCW.

The Iris, Focus and Zoom rings are all of different texture, allowing faster movement between functions. And the final external difference is a sunshade with a built-in louver-style lens cap with a regular lens cap provided when the sunshade is not in use.

Sony Senior Product Manager, Juan Martinez, emphasized these features of a fully mechanical zoom option, as well the silent operation of the servo motors in automatic modes. The integrated louvered lens covering integrated into the sunshade returns a popular feature found in sunshades of earlier cameras, notably the EX-1 and EX-3.

Iris markings on the barrel are in 1/3 stop increments, yet in servo or clickless mode, the camera can resolve aperture at 1/128 stop. Maximum aperture of f/4 is consistent across the entire zoom range.

In addition to the removable collar-style tripod mount, the lens has an integrated support bracket for added support when used with rails. 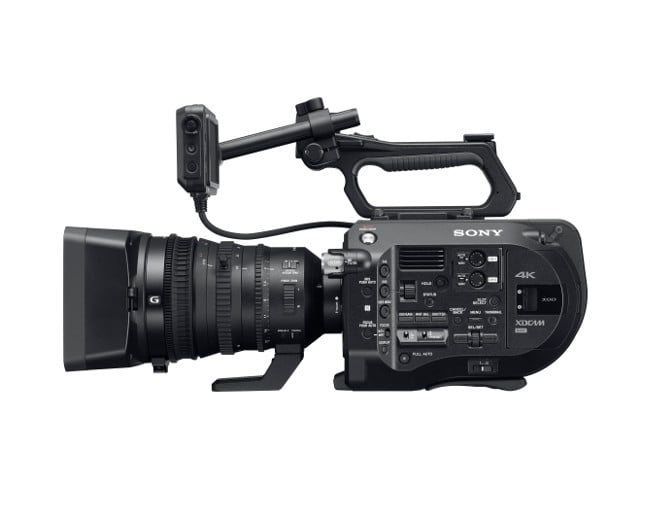 Optical Steady Shot (OSS) may be switched on or off, while lens electronics incorporate Sony Smooth Motion Optics (SMO) design, which eliminates motion artifacts like focus and axis shift. It is parfocal and Sony indicates that there is no focus breathing.

With its E mount bayonet, the E PZ 18-110 can also integrate perfectly with Sony's line of mirrorless cameras for both still and motion picture acquisition.

The focal length, which ranges from wide to medium telephoto, combined with the angle of view and minimum focal distances, positions this lens as a versatile tool for run-and-gun shooting.

Shipping date and price have not been revealed, but it is reasonable to expect shipments by the end of the year. Pricing should be in a similar range to the 28-135mm lens.