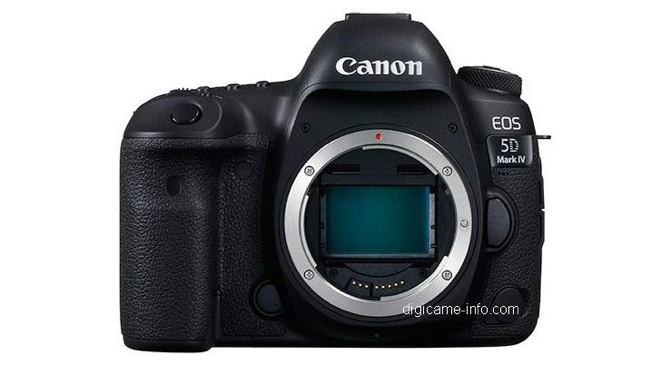 Well, this was always going to happen. What very much looks like the full specification for the soon-to-be-announced Canon EOS 5D Mk IV is out in the open. There aren't many surprises, except for one big one: 4K video is recorded as 500 Mbit/s MJPEG.

To be fair, this is only a surprise if you were expecting a more modern codec: H.264 or even H.265, perhaps. But remember, this is first and foremost a still photography camera.

Sometimes, it's easy to forget that the primary role of the 5D in all its versions has been to take still photographs, because the reason the camera model has reached such legendary status is because the Mk II was the first to offer cinematic-looking video.

It was almost certainly never intended to be seen as primarily a video device. But events ran away with themselves and you can still see the 5D enshrined in the names of several of the excellent websites now devoted to video cinematography.

It's also only a surprise if you're unfamiliar with either the EOS 1D C and the EOS 1 D X Mk II. Both of these cameras shoot 4K with MJPEG. The EOS 1D X Mk II is relatively recent, so it would seem that Canon has settled on MJPEG as its 4K codec for non-EOS Cinema range of cameras (although the 1 D C was originally considered to be one of the Cinema camera range, if I remember correctly).

We understand (remember: this is all unconfirmed) that 4K will be via either pixel binning from the full 30 MegaPixel sensor or from a 4K crop, which will, of course, limit the shallow depth of field, but which might be a good overall choice because of a 1:1 pixel ratio between the sensor and the recorded images and because full frame video is so hard to focus, especially shooting at 4K.

It's a near certainty that some potential users will be disappointed by these specifications. But we can't help feeling that Canon has pulled away from putting innovative video features in its still cameras. That's OK. Because there are plenty of other choices out there and because they will still sell bucket loads of 5Ds to people like me, who love still photography and who occasionally make video while they're shooting stills. There are some serious advantages to the MJPEG codec. It's virtually universal, so it works almost anywhere. It's intraframe, so it's good for editing and doesn't need much processing power.

And best of all, the video comes out looking really good (I'm speaking of my experience with the 1 D C and the 1 D X Mk II here). They're contrasty, saturated and, even though they're 8-bit, typically quite gorgeous.

If you don't have time for massive post production and grading, most of the time, that's just what you need.

Finally, as is obvious to everyone now including, I'm sure, Canon, the world is a very different place to the way it was when the Mk II came out. There are dozens of very capable cameras – video only and still cameras that also shoot video. There are choices at almost every budget level. There is really no need (or, indeed, justification) for Canon to be innovating in the video space in its DSLR cameras. (Although there's nothing to say that it won't start doing so again in the future.) This is just my point of view, but I think what we've just seen in this leaked information kind-of confirms this.

Here is the specification so far on Canon Rumors.