You want to make good video? From corporate to blockbusters, don’t forget about characters 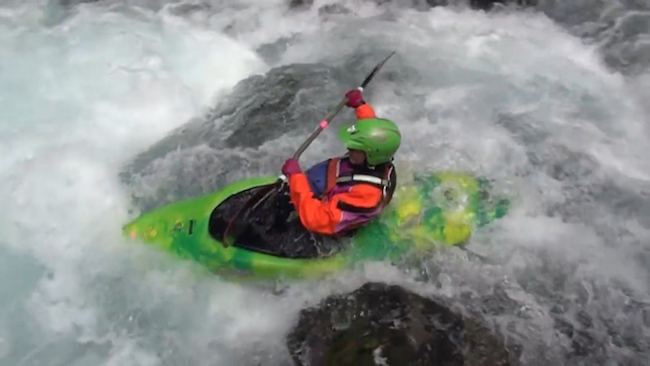 It's not just people shooting rapids: it's *characters*.

From Aristotle onwards, artists have understood the importance of character in providing a narrative to their content. And, argues Simon Wyndham, just because you're making a corporate video that doesn’t mean you can forget it.

We are all used to hearing about how content is king, and how it will trump everything. Tell a great story, and all your ills will be solved. But is that all there is to making a great video? What is “good content”?

Let’s take the average company video as an example. On many occasions such videos have shots of the company’s premises, its staff at work et al, while either a voiceover or an executive speaks over the top.

Suffice to say that more often than not what we end up with is a serviceable, but not very interesting video. The question that hasn’t been asked during pre-production is “Why should the audience care?”

There is often a very important ingredient missing from the mix. Characters. A good, or great story is nothing without the characters within it. Characters give life and texture to a piece. Without characters we can quickly become disinterested, even if the crux of the story might at first seem interesting. Characters are what offers us perspective and an emotional connection to that story. They are our bridge to the world we are being presented on screen. They are the entities that we can relate to.

Now, as I say, a major culprit for forgetting about characters is the average company promo video. Often highly stylised and with great production value, yes. But interesting and compelling to watch? Very, very rarely.

Part of our skill should be to have the ability to find the story and the connecting characters when producing such videos. Sometimes we find that the most prominent people in a company have no personality, and they are not interesting to watch or to listen to. Like a great Hollywood casting agent, you should make sure that they do not appear on screen. Find another way.

Presenting character in a different way

I fully expect at this point for someone to tell me that by cutting out someone from the screen, they have now lost a character. Well, no, you haven’t. This is where your storytelling comes in. How can you present character in another way? People like people. We like hearing about other people. So involve them in your storytelling process, even if Mr CEO isn’t going to be able to appear on screen due to sounding more grating than an out of tune tuba, you can still weave an interesting story, which involves him as a character.

Having a character as part of your production isn’t just about plonking any old person in there and hoping that the audience cares just because of events that have happened to them. Presenting a character is like telling a mini story. You have to somehow breed some empathy and familiarity with that person. Be it through humour or other personality traits depending on what you are trying to say. You have to somehow get your audience to feel as if they know that person. That goes for whether you are producing a documentary, or a fictional film. It sounds obvious, but it surprising how often this isn’t thought about or acted upon.

I have been thinking about this ever since I saw a documentary called Rivering. This was a crowdfunded production in New Zealand, and it is free to view for anyone. I have to put my cards on the table, I contributed a small amount, and gave some email advice to the director. I wanted to see it completed due to what I saw him doing with the subject matter.

Kayaking documentaries are normally about the extreme. From Steve Fisher’s Congo, through to Chasing Niagra. These are adrenaline-fuelled, high stakes pieces, which rely solely on visual spectacle.

Impressive though they are, there is only so much I can take of watching very similar shots of people going off waterfalls, or paddling huge water. They are all usually very serious, too.

Rivering promised to change that, and made its central focus about “real” people, and the reality of paddle sports. It is also a great lesson on why characters are so important. It is the main thing that will strike you when watching. All the way through are likeable people, funny, hilarious sometimes, and very watchable. They are the glue of the piece.

Rivering was shot on varying cameras over the years. Some of the early shots from drones without stabilisation are wobbly, too. But despite the fact that it wasn’t shot on a high-end camera I, and many others, have found ourselves loving it much more than any of the high production budget equivalents from Red Bull for example, because the characters and the stories it weaves are simply much more interesting. Whether or not it would hold the attention of a non paddler remains to be seen! But I would recommend a watch to see how important it is to have engaging characters to give your productions a chance.