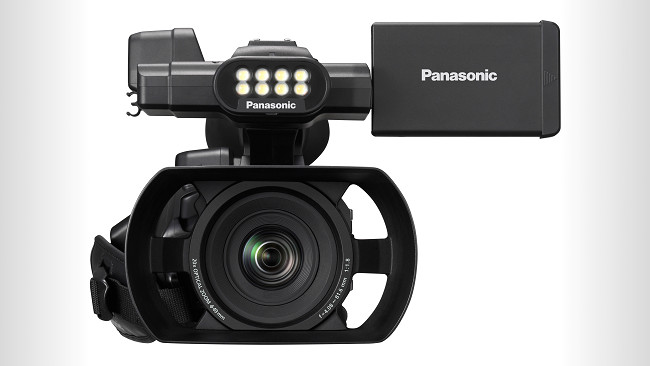 The AG-AC30 is the latest entry-level prosumer camera to be born into Panasonic’s lineup. As a 1/3" 1080p camcorder in an ever-increasing world of S35 4K, does the AC30 have what it takes to compete in an ever-crowding market?

The AG-AC30 is a very traditional style camcorder. One thing that struck me when I took it out of the box was how light it is. The small chip helps here, not requiring the same volume of glass as larger chip cameras. But Panasonic has seemingly managed to cram in a lot of features for the price into the package.

One clever idea is the way that the main LCD touch screen display slides away neatly into the top handle. This is not exclusive to the AC30, having been seen on previous models, but it is a great feature and means that the days of broken hinges or displays being knocked off when the camera isn’t being used can be put behind us.

The right hand side of the camera contains the usual controls you would expect on such a camera, such as manual/auto iris, shutter and focus selections, as well as gain, white balance, menu and OIS buttons.

Behind two tinted hinged doors lies both the SD card slots and the audio controls. Not all camcorders at this price level have decent audio controls, yet the AC30 features two full size XLR in sockets and comprehensive manual controls via easily accessible dials and switch selections. Having the ability to ride levels with a manual dial is a priority for me, so the AC30 ticks this box very nicely, thanks.

On the rear is a very welcome full size HDMI, as well as two USB sockets: one micro and one full size. The latter is for 'Host' mode, which enables footage from the SD card slots to be backed up quickly and easily to a HDD in the field – a very useful function.

On the other side of the camera are ports for lens focus and iris control, DC in, headphones and composite out for those who cannot bring themselves to part with their SD CRT televisions and monitors!

At the front of the top handle there is an integrated mic, but what it has attached to the front is certainly new. This is where the built-in camera light is housed. An eight bank LED light array that can be switched on quickly in low light situations. The camera comes with two filters that can be snapped on easily: one CTO and one for diffusion.

This is mounted centrally, so it does risk that 'rabbit in the headlights' look. But for emergencies, which is surely what it was intended for, it could be a life saver and, in some daylight situations, it can produce a small amount of fill. It is a thoughtful addition. Your mileage may vary, but it is surprisingly bright.

Although the camera is lightweight, it still feels sturdily built. The lens has three control rings for manual control. However, these are still driving servos and there are no mechanical end stops. With that said, they are smooth in operation and the servos are fast to respond to all but the quickest of movement.

The lens itself runs from 29.5mm at its widest setting at f/1.8 through to 81.6mm at f/4.08. Panasonic has specified this in 35mm equivalent FOV, but it does not state whether this is S35 or full frame 35mm stills equivalent.

Lastly, Panasonic has helpfully included an external microphone bracket plus a cable guide, for the addition of your own third party mics.

If there is one feature that I do feel is missing, it is the inclusion of ND filters. This isn’t a deal breaker, since competitors from Canon, for example, do not feature them either. It would have increased the costs slightly, too, due to the added complexity. However, on future models, I would prefer to have them than not, even if it might come at the penalty of a slight price increase, particularly as such cameras are often used in run-and-gun situations. It's a minor niggle, but worth mentioning. So, you will need to factor in some 49mm ND filters or vari-ND for outdoors daylight filming.

In all, the AC30 appears to be good value for the money thus far.

The AC30 is fast to switch on, with minimal boot time. Its prosumer intentions do make themselves obvious when the camera defaults to fully automatic functioning. However, a quick bout of button selections puts the camera well and truly in manual mode.

The menu system is straightforward and clear to operate. This can be achieved either by the use of physical buttons on the camera body or by using the touch screen display. Delving into these reveals some functionality that may not be apparent at first. There is a Pre-record ability, for instance, which allows 3-4 seconds of cache recording. For those who have never used this, this allows footage from a few seconds before the record button was pressed to be recorded. It can be the difference between getting a shot and not, assuming that your camera is pointing in the right direction at the time!

Recording modes can also be selected with a choice of wrappers, including MOV, MP4 and AVCHD.

The choice you make has an effect on the resolution and frame rates that can be selected. AVCHD is limited to both 50i and 50p modes. The lowest resolution is 576i, going through 720/50p, 1080/50i and 1080/50p. The 1080 modes are also available at different bitrates, with the maximum being 50Mbps. There are no options for 25p modes with AVCHD. For this, you need to enter MOV of MP4 as your preferred recording wrapper, although in those two modes, only 1080p and 1080i modes are available.

There is also a high framerate mode allowing super slow motion at a fixed rate of 100fps to be continuously recorded. The AC30E is not a multi-nationality camera, so only 50 hz frame rates can be selected on this UK model.

Various scene modes are selectable, such as sports modes and the like, although most professionals will not use these. The camera uses REC 709 standardisation and there are no alternative gamma or colour options available, although you can make basic adjustments to the detail levels and saturation. This is to be expected of a camcorder at this price level, which is meant for use in environments where getting the footage is a priority over making it look like the latest 35mm Spielberg production!

It is in these menus that we find more little nuggets. For instance, the Level shot option, which makes corrections to an off-level horizon. There are also options to show a level display, making manually achieving a level shot easier. Flashband compensation is also featured, which for journalism and wedding purposes could be very useful indeed.

There is also a DRS (Dynamic Range Stretcher) function that will, so far as I can tell, add in an auto-knee to help highlights in high contrast shots.

With all functions turned on, the main display can become a little crowded, but the information is presented in a clear way.

Out in the sunlight, the LCD isn’t the brightest display that I have seen, but there is the option to switch over to the smaller eyepiece viewfinder. This is a small, but surprisingly clear display and is very welcome to use on bright days!

One of the features I was keen to try out was the hybrid 5-axis stabilisation system. This is a mix of optical and digital stabilisation, which can correct for the usual pitch and yaw movements, but in addition can also correct for roll (horizon tilt) and sideways/vertical arm movement.

It would seem that the system does perform very well, yet there are limitations. You won’t be getting the same results as a Steadicam, but it will make handheld shots a lot smoother and less distracting. Despite the digital aspect of this system, there appears to be little-to-no negligible effect on the final picture.

The AC30 produced a pleasing picture in its default setting. Skin tones were accurate, falling pretty much bang on to the skin indication line on the waveform, and overall there wasn’t much to find fault with. The picture is detailed, although you may need to tone down the detail circuits to get the most pleasing result. I would also recommend experimenting with the saturation levels, too, to get the most out of the signal.

In low light, the camera is capable of going up to 36db of gain. Clearly, this is going to come at a price. Like most small chip cameras, using gain at high levels will increase the noise substantially., but sometimes it can be the difference between getting an important shot or not. By going up to such extreme levels, you will be able to get the shot and it will be usable, but very noisy. There is a noise reduction control to help mitigate such issues, but I would always prefer to use a post-processing method instead for more control. As an alternative, you can use the built-in light, if it suits the situation.

The 100fps option worked surprisingly well. Unlike similar options on budget camcorders, on the AC30, this does not come at the expense of lower resolution or drastic compression artefacts. In fact, you will obtain very usable slow motion footage indeed.

Battery life, too, is very good, with the included 2900 mAH pack giving a solid few hours of run time.

It would be fairest to sum up this review with what the AG-AC30 is, rather than what it isn’t. If you are looking for a large chip camera for making cinematic masterpieces, look elsewhere. But if you are a journalist, whether that’s internet journalism or for a local paper, or if you are a budding wedding videographer who is finding your feet, or a camcorder club member, the AC30 may well fit the bill.

It is simple to use and it includes a good number of features for the money. Although it isn’t 4K, this shouldn’t put you off, depending on whether you actually need that ability or not. In working environments such as internet journalism, 4K will be the last thing on your mind and a small chip will work to your advantage, in terms of nailing focus.

So, there you have it. The Panasonic AG-AC30: a solid-entry level workhorse camera with an emphasis on value for money and ease of use. 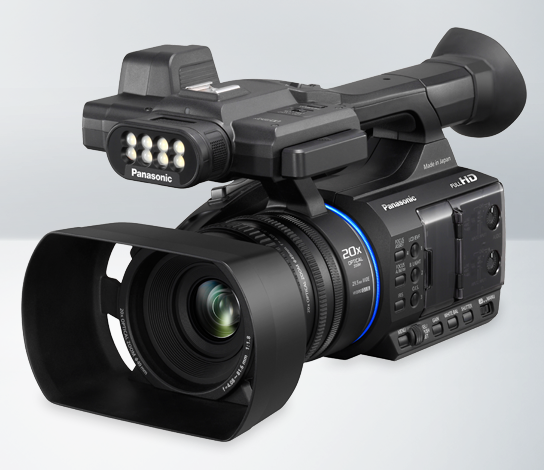