The rise of cinematography in documentary 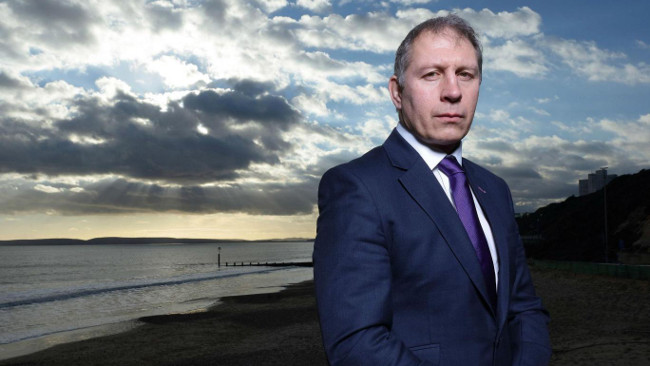 The Investigator: A British Crime Story

As documentaries skew toward the cinematic, we wonder if a line has been crossed somewhere.

Recently, RedShark published an article about the overuse of sliders and camera movement, particularly in documentary. I would certainly agree that there is some overuse, particularly of sideways motion. Although all screens are currently two dimensional, adding movement is an easy way to add depth. Used right, camera movement enhances things. Used wrongly, it can distract.

However, it is a symptom of the way a lot of factual programming is produced now. I was recently watching a four part ITV documentary called The Investigator: A British Crime Story. The production values are not in question, as it was a very well put together programme. It concerned the re-investigation of an unsolved disappearance of Veronica Packman in 1985. A body has never been found, although her husband was eventually charged and convicted of her murder.

The documentary came about because Veronica's daughter, Sam, approached Mark Williams-Thomas to see if he could solve once and for all what happened to her. Her father has refused to tell anyone what happened to his wife.

Mark Williams-Thomas is the man who revealed prominent British entertainer Jimmy Saville as a pedophile in 2012. The documentary follows him as he gradually unravels the mystery of Veronica Packman's disappearance, leaving no stone unturned.

A question of style

It is compelling stuff, but what stands out is the way that it has been shot and edited, featuring high quality cinematic style reconstructions of events and interviews with witnesses. It is clear that a lot of time has been put into the lighting and grading of these. The editing, too, is clever, using flashback techniques, stylised on-screen overlays and a lot of sound design and music cues.

The question I found myself asking: is this how a documentary really should be shot or was it too much? Many of the interviews were highly emotional and I did wonder whether the highly cinematic treatment was convoluted. Shouldn't such a programme be raw and maybe slightly unpolished?

The answer to this is that how a documentary is made is entirely up to the director. Who am I to tell somebody else how his-or-her vision or story should be presented? Although I do think that, in some ways, I found the treatment distracting. For instance, the way in which music was used to heighten tension and 'tell' the viewer what emotion they should be feeling, despite it being obvious that an interviewee was clearly very stressed and upset. Often with documentary, the subject should be left well alone, without embellishment, and maybe, just perhaps this documentary crossed the line.

The Investigator isn't alone in treating highly charged subject matter in this way. I remember the old days of Crime Watch, a long running British television series, which gives the police a chance to directly appeal to the public for help in solving crimes. Reconstructions to jog potential witnesses memories have long since been a staple of the programme.

Originally, these reconstructions were very matter of fact, shot with very little style or production value. They were there simply to show what happened in the run up to and during the crime. Actors were found who looked uncannily like the original victims and the whole set up was made as accurate as possible.

As you can imagine, putting cinema style compositions and lighting into such things would be distracting from the purpose, yet this is exactly what happens in the programme's current incarnation. It has come to the point where I wonder if they are now made as some sort of macabre entertainment, rather than to truly serve the purpose of jogging the memory of potential witnesses.

A matter of taste

I remember a cinematographer friend once telling me a number of years ago, when they started filming this way, that I must watch Crime Watch now for the really cool way they now shoot the reconstructions!
Could it be that filming such serious subject matter, with such a serious purpose, in such a way, could be considered disrespectful? It is an interesting question to ponder. Speaking from the opposite side of the fence, we do need to think about how viewing habits have changed. Audiences are much more used to quick fire, impactful imagery and it is in the best interests of a programme such as Crime Watch to garner as large an audience as it can. After all, the more people who watch it, the more potential there is for witnesses to be watching by chance.

It sounds slightly macabre, but the very act of making the programme, for want of a better word, entertaining, works to its advantage.

Similarly, appealing to the supposedly low attention spans of modern audiences can also be applied to The Inspector. ITV, being a commercial channel, needs to keep the audience watching. This is not to say that The Inspector is sensationalist. It is tastefully done, but perhaps it is an insult to the audience to assume that they cannot be compelled to watch unless it is highly stylised, when the content alone is interesting enough.

I cannot answer the question of whether it is right or wrong to shoot documentary in such a stylised and highly produced way. In fact, I do find myself liking it. But I think that it is worth pondering the question of the right tactic to take when we, as video producers, make documentaries in the future. As always, it is a case of that old cliche, "content is king."