Why can't the new Hasselblad X1D shoot video in 4K? 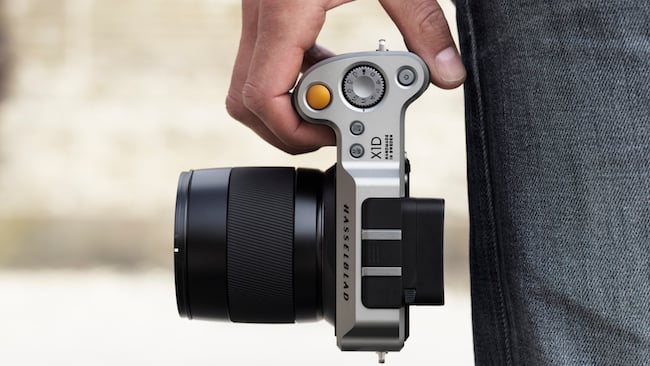 Extremely capable, but no 4K

Quite a few people have been asking why the new Hasselblad medium-format camera, the X1D, can't shoot video in 4K. Most new consumer and professional cameras - and even quite a few smartphones - can do this. So why not an $8000 camera?

On the face of it, it's especially surprising because the 50 Mpixel sensor is some way in advance of the resolution you'd need for 8K - never mind 4K.

But there's more to it than this. There are engineering reasons as well as purely economic ones.

With cameras designed for still images, it's always been like this. The Canon 5D MK II had a sensor that was way more than was needed for Full HD. You only need around 2.5 Mpixels for that, surprisingly, perhaps.

So the problem, even from the earliest days of DSLR video making, was how to reduce the relatively high resolution of the still-camera sensor to HD resolution. Perhaps the easiest way to do it is to select a grid of pixels on the sensor that measures 1920 x 1080. This will work fine and will give a sharp image - that will look as through it's come from a relatively small sensor. That removes the main advantage of using a DSLR - that you benefit from a narrow depth of field because of the large area of the sensor. So you could do it like that, but that isn't what people wanted, because it didn't look cinematic.

So the next best thing is to simply miss pixels out. Miss out every other line, and you can derive an HD image over a larger area, without involving too many excessive pixels.

We all know the problems with this: it's called moire, and it can look awful.

Absolutely the best way to reduce the number of pixels from a full-sized sensor is to process them all and then lessen the resolution algorithmically. This will give by far the best result because you're starting with more information. In other words, apart from the necessary reduction in moving from full size to 4K, you're using all the information from the sensor, rather than throwing the majority away.

Given that this is by far the best option, why doesn't every camera manufacturer just do it?

It's cost and complexity. With a deeply unusual format like Hasselblad's new camera, it's likely that you'd need a custom designed chip, just for processing video. It's one thing to take one or two gigantic frames per second; quite another to do it sixty times that speed.

And you'd need all of this to satisfy a market that almost certainly isn't there, because there are plenty of cheaper cameras that can shoot 4K video for less, and for the same price, there are some very good ones indeed.

So it's not a matter of incompetence that Hasselblad has left this capability out, it's sheer economics, and - it seems very likely - careful market research.