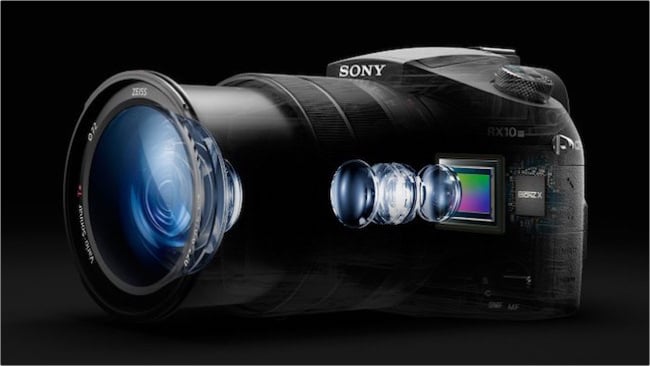 RedShark Review: Ned Soltz finds an ideal camera to complement any video or still camera in the Sony line. It might lack some of the higher end mirrorless features, but at $1499 it also lacks their price tag.

I must say that I was surprised when Sony updated its year-old RX10 II to the RX10 III with a price increase as well.

While I’ll be discussing some of its features as a still camera, it is no doubt the video features which would be of greater interest to our Redshark readers.

The RX10 III falls within Sony’s Cybershot line, placing it in the consumer range of cameras to perhaps high end enthusiast. But Pro these days is very much a moving target and honestly both still and video cameras are becoming so good that pro is differentiated from consumer less by the gear than by the levels of skill.

As a Cybershot camera, it is based around a 1” sensor as opposed to the APS-C sensors of the a6000/a6300 or full frame sensors of the A7 family. RX10 III employs Sony’s new stacked 20 megapixel CMOS sensor which is also seen in the RX100 Mk IV camera as well as the amazing Z150 4K video camera which we looked at a couple of weeks ago.

While some might argue that the smaller sensor translates into less shallow DOF or less low light capability, I found that the RX10 III sensor produced less rolling shutter artifacts and less moire and aliasing than the larger sensor products. Fewer lines to scan might very well account for this ostensible improvement.

The first thing you notice about these RX cameras is the bulk. As a fixed lens camera with amazing zoom capabilities (more about that later), the camera weighs around 1 kg (a little over 2 pounds) and was about the same size in side by side comparison as a Canon 7D with the 24-105 Canon L lens. But it is well balanced and the grip is considerably improved over the RX 10 II. A heavier camera provides more inertia and actually allows for more stable hand-held shooting. Furthermore, the larger form factor spaces controls better. I find that with my a6300 I hit the wrong button when I’m trying to work fast. It’s just too small.

The lens is the selling point. In 35mm equivalent terms, this Zeiss Vario-Sonar lens zooms from 24-600mm. Add Sony’s clear zoom feature (available in JPEG stills and video but not RAW stills) you have lossless 2x magnification. That’s a whopping 1200mm. I never touch digital zoom but you could even increase that range with a loss of quality. However, at that focal length, atmospherics begin to be an issue. Optical stabilization helps.

The camera is no speed demon by comparison to other recent Sony cameras, topping out at an ISO of 12800. But honestly, how often will any still or video operator need to shoot these absurd six-digit ISO’s.

The video features, though, deserve a good look.

There are 7 picture profiles which come preset but of course they can be user-modified. What is most important for the video shooter is that there are two Cine modes (hypergammas) as well as S-Log2/SGamut. There is no S-Log3 option. Sony does not publicize a dynamic range for the camera but I would easily see it handling 12 or more stops of dynamic range.

It shoots XAVC-S codec up to UHD 30p. XAVC-S frame rate tops out at a continuous 120fps. And there are also MPEG-4 recording options for even greater recording time per card. Note that 4K resolutions require a card rated U3. It is not necessary to spend the extra money on UHS-II cards as the camera does not take advantage of that extra row of pins for the greater UHS-II speeds.

The 120fps HD slo-mo equals that of the Z150 camcorder. It is eminently useable and since it is continuous, you could theoretically shoot the entire 29 minute video limit. There are also 2 second buffered 240, 480 and 960 fps options. The 240fps speed is about the limit that I would use. The 480 and 960 fps frame rates produced some interesting effects, but you can’t expect the quality of a dedicated high frame rate camera at the price of an RX10 III.

I noticed (as did several other reviewers of this camera) that Sony left off the 3 stop ND filter that was a feature of the RX 10 II. ND in general is an issue with still cameras purposed for video and the RX10 II was ahead of the curve by including it. Sorry to see it go.

The Zeiss Vario-Sonar ramps from f/2.8 to f/4. This could definitely require some work in post if shooting both wide and zoomed in within a given scene. It has to be this way, though. The weight and price of a continuous f/2.8 would make the camera impractical.

Autofocus during video shooting is accurate without significant hunting. The still autofocus modes (center spot, wide, flexible spot, etc) are also available in video mode. Without the phase detect feature of the a6300, autofocus is slower but within acceptable parameters.

Recorded bit depths and sampling in XAVC-S are identical to other Sony cameras in this range. 4K is a 4:2:0 long-GOP file while HD is 4:2:2 8 bit. Sony Catalyst Prepare software recognizes the frame rate, bit depth and gamma and particularly when parsing Slog2 material has LUTs to bring footage back into Rec709 space.

At $1499 list, the RX10 III is definitely at the high end of the Cybershot range. It still represents a lower price than an a6300 plus a comparable high quality and fast lens. It is most suitable for documentary shooters, wedding and event videographers, and particularly for sports and wildlife with its long lens reach and optical stabilization.

There is definitely a place in the market for the RX10 III for both high end enthusiast and pro. It is an ideal camera to complement any video or still camera in the Sony line whether for production stills or even additional footage that will cut well with other Sony files.

It lacks features of the higher end mirrorless cameras but it also lacks their price tag. All things considered, the Sony RX10 III balances price and performance and it should definitely be a camera that shooters needing stills, videos and economy should consider.