The accelerating speed of progress [sponsored] 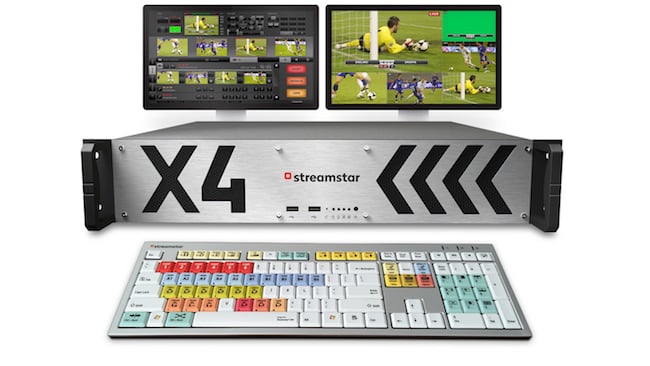 How products such as Streamstar’s X4 live production and streaming studio illustrate the way that the broadcast industry has changed.

There have been many consequences to the working of Moore’s Law over the years, but one of the more interesting ones is what happens to industries once they decide to embrace IT. Many different sectors of the world economy, such as the automotive industry, have been happily trundling along on their own path, when suddenly someone starts integrating computers into them and, as a consequence, their speed of development accelerates rapidly and their technological cycles shrink in the other direction.

The broadcast industry has witnessed exactly that sort of acceleration. We can do ‘more with less’ all the time, and achieve astonishing things with equipment that would have been out of our reach only a few years previously. Having a look around the products at this year’s NAB in Vegas, technology such as the Streamstar X4 illustrates the trend perfectly.

The Streamstar X4 is a complete multi-camera live production studio in a 2RU rack-mount unit, that provides everything you need to stream a four camera production live — and, what’s more, it does this at a costs under $5000. It features a wealth of inputs — 4x HD-SDI, 1x HDMI, 4x IP, plus IP Video Stream inputs from JVC streaming camcorders — while it can stream out at up to 720@50/60p @ 10Mbps as well as record the program and all camera inputs separately.

It provides 4 layers of DSK for inserting graphics with full transparency support and offers full 4:4:4:4 / ARGB / progressive video processing. Audio production is via an integrated, full featured audio mixer with monitoring, audio follow video, muting, peaking and so on.

Plug-in a touchscreen and a single operator can easily run an entire production via the Streamstar SW production software, allowing him/her to cut between cameras, do instant replays in slo-mo, play video clips or assemble playlists quickly and easily. It can easily be converted to a mobile production studio all of its own by simply enclosing it in a hard case with an HDMI monitor. 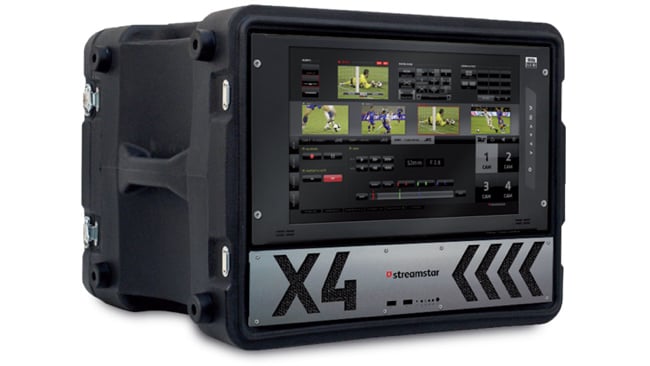 A product such as the X4 provides a whole new level of functionality at a price that would have verged on the fictional not so long ago: an entire mobile production studio that you can carry with one hand and costs less than $5000. That is how much the broadcast industry has changed in a mere handful of years and it will be fascinating to see what comes next.

You can find out more information about the Streamstar X4 here.