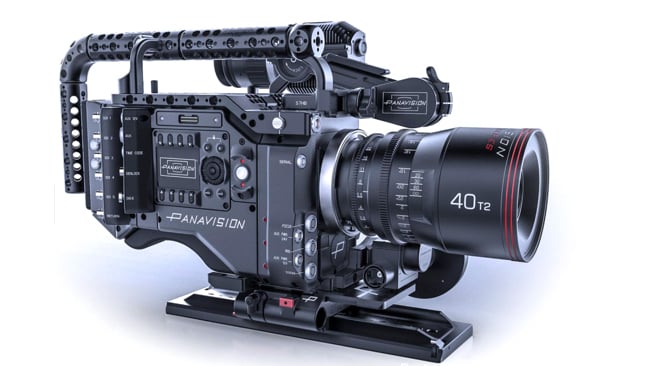 Panavision has just taken the wrappers of the DXL, a new large format digital camera developed with RED and its own Light Iron that looks set to target the likes of the Alexa 65.

Panavision is, in their own words, one of Arri's best customers. The fact that Panavision itself hasn’t really had a digital camera since the Genesis, which was essentially a Sony F35 in a different hat, is perhaps a little surprising given the preeminence of the company in upscale filmmaking, although it was putting Panavision lens mounts on enough Alexas that it barely mattered. What's less surprising is that the Millennium Digital XL is another collaboration, this time between Panavision, Red, and Panavision-owned colour specialists Light Iron.

Currently available documentation suggests that the camera's “colour science” - which is a very generic term in this context – is by Light Iron, which may mean the pictures look significantly different to Red's existing efforts, at least within the limitations of the sensor. Similarly, there's the option to record 4K ProRes or DNxHD, which is something which RED now provides too. Much like Red's other products, it will simultaneously record a raw file at the sensor's 8K-Bayer resolution, although this is encrypted which will limit its usefulness to Red-approved applications. Much as the camera's being promoted as 8K, this is of course in terms of the Dragon sensor's full-frame 35mm sensor which will require Panavision's large-format lenses to produce images at that resolution.

This is akin to shooting 65mm film, which means that headline resolution is probably mainly applicable to special-purpose shoots. The camera will reportedly shoot 4K in a mode compatible with anamorphic lenses and presumably there'll be conventional spherical modes. It'll do 60 frames per second at full 8K resolution, equivalent to the performance of RED's cameras using what's pretty clearly the same sensor. While it's described by the company as being between the size of studio and drone-compatible cameras, the DXL will be seen as a chunky device by people used to DSLRs. It's more or less the size that most crews on very upscale feature films will consider normal, and it has some nice layout tricks, such as a menu display on both sides. It has, as one would expect, a lot of input-output and LUT capability. There's particular mention of the cooling situation, which uses larger fans – presumably so that they can run at a lower speed and hence - importantly - with less noise.

Ultimately, though, Panavision builds horses for very specific courses – it unashamedly serves the high-end feature filmmaking and episodic TV markets, and a large part of the purpose of the company is to keep people happy when they're already happy with the way Panavision's equipment works. While this might seem a little limiting, in some ways, anyone who's seen a good quality picture-making system become a rickety contraption when fully accessorised will understand the attraction of a system of parts that work seamlessly together. That's what Panavision does, and people happily rent from them for no more reason than that convenience.

Given Panavision's pedigree, the DXL will doubtless be used on projects which enjoy superb production design and expert crew, which will give it the best possible start. It's hard to believe Panavision would literally engrave the company logo on anything less than really rather good, so we'll await some early results with keen anticipation.

Here's an intro video below: