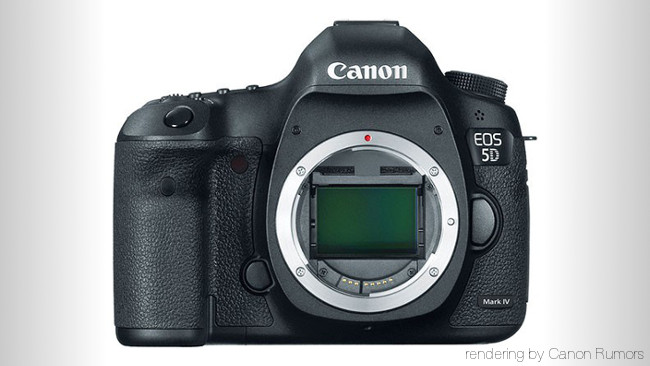 The rumour mill is churning with the possibility that pre-release Canon 5D Mark IV cameras are in the field.

[Editor's Note: This is the usual disclaimer that comes along with any RUMOR story. Take the following with a grain of salt or, if you prefer, the whole bag.]

Speculation of Canon's impending release of the next iteration of its popular full frame 5D Mark-series has been brewing for years now. We last mentioned this rumored camera at the start of 2015, as news circulated around a camera with a 52MP sensor and 4K shooting capability. Of course, this never came to pass and, more recently, an altogether different prospective spec list noted a 24.2MP sensor, as communicated by popular site Canon Rumors.

According to the same site, the rumored camera or, rather, prototypes of it, are now finding their way to a number of "Canon preferred photographers" for real-world testing. If true, it gives some credence to the recent spec list.

Canon Rumors has "confirmed" that the camera will record some variant of 4K internally and will capture 120fps 1080 HD, likely onto Cfast 2.0 cards, which may support another rumor of a 4K 60 fps mode. It has also been reported that the camera could be the second in Canon's portfolio to use the new Digic 7 processor, following the PowerShot G7 X II.

Again, we cannot stress enough that this is a rumoured camera and there is no other substantiation to this story. But, of course, if we hear any whispers of photogs using the 5D Mark IV in the field, we'll pass them along!