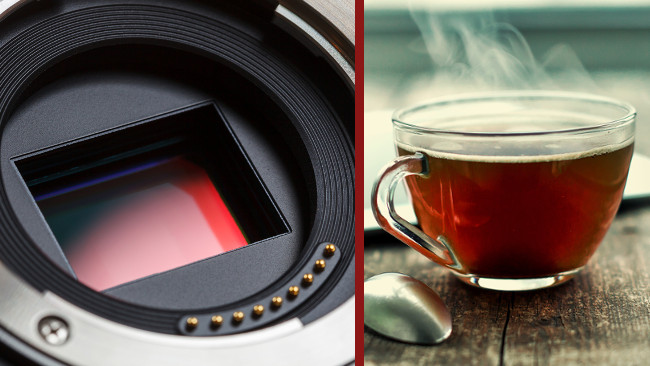 I was talking about sensors to my daughter, who's a student and keen on photography. She wanted to know about noise, gain and over-exposure. It's very easy for professionals to deal with these concepts – they're all part of an ecosystem where when you change one variable, several others change too, but predictably. For an example, you could look at the inverse relationship between a shutter speed and the exposure needed to get a shot.

But how do you explain the basic concepts of digital photography or video to someone who's not technical. It's really important to grasp these ideas if you're going to take better pictures.

So here's what I did. I was having a cup of tea with my daughter in a cafe. I'd just given her a new camera as a birthday present. I wanted her to know the basics – stuff that you don't think about when your primary experience of photography is a smartphone.

I explained that a sensor has light sensitive elements that correspond to pixels. Effectively, the more light that hits a sensor element, the bigger the number it will report when the signal has been digitised.

Of course, sensors have limits. Here's where the tea cup comes in.

At the bottom of the teacup, you're likely to find some tea leaves. Think of these as noise. If you haven't got enough light going in, you're not going to be able to distinguish between the light and the noise. You'll see the tea leaves poking up through the tea.

If there's too much light, the cup overflows. It doesn't then matter how much more light goes into the  teacup – the only thing it's going to report is 'full', and this is what happens when a picture is over exposed.

This is not as wild as it sounds. Sensors elements are a bit like teacups: we fill them with photons – particles of light – they do get full and they do overflow. Noise is essentially an expression of heat. If you keep a sensor cool, there's less noise. In our analogy, this means fewer tea leaves and more room for the signal coming from the image – more dynamic range, in other words.

Adding gain to the signal is a bit like zooming in on the layer of tealeaves and wanted image signal. It doesn't add any information, it just makes the combination of noise and signal bigger, but in the same proportion.

Now of course you can pick all of this apart in a microsecond. But it meant that my daughter now understands these basic concepts and is eager to apply this new knowledge to her photography.