The look that Hollywood loves and the lenses that create it 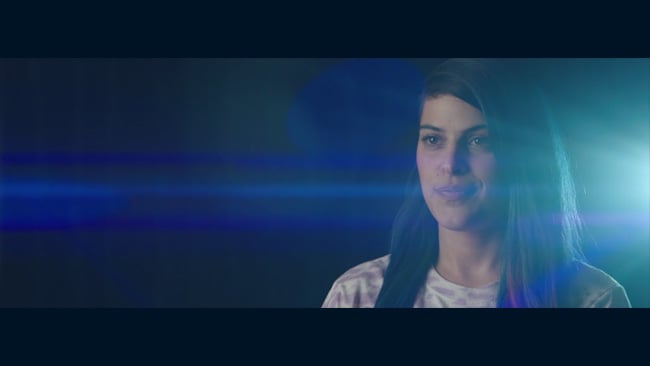 Phil Rhodes takes a visit to the Panavision facility in Woodland Hills, California to profile the Panavision E-series, lenses that have delivered that classic anamorphic look (and, yes, flares) to an exhaustive list of Hollywood blockbusters.

It's popular, in the current vernacular, to talk about democratisation. Startlingly good pictures have become available to more or less everyone for very small amounts of money, but somehow we're not happy. Even if we're not consciously making the tired old video and film comparison or phrasing it in that way, the references for cinematography are still, mainly, film-originated, with an enthusiastic acceptance of every bit of flare and grain intrinsic to the optical and photochemical techniques of decades past. Our subject today: a currently-popular example of something which would have been seen a a fault at the time, but now, through the filter of nostalgia, is widely sought-after.

All of which is a rather roundabout way of introducing the subject of today's discussion. Panavision is a determinedly high-end provider of camera gear that wouldn't, of course, wish to be thought of only as a source of historically-influenced pictures. Most of the biggest movies are still shot on Panavision gear because those films are produced in the US, where the company has its most significant footprint. Panavision is also, perhaps ironically, one of Arri's biggest customers, refitting the Alexa with a mount designed to suit its own lenses and other people's lenses with the company's own mount, to create an ecosystem of equipment and accessories which are familiar to crews on some of the world's most prominent productions. 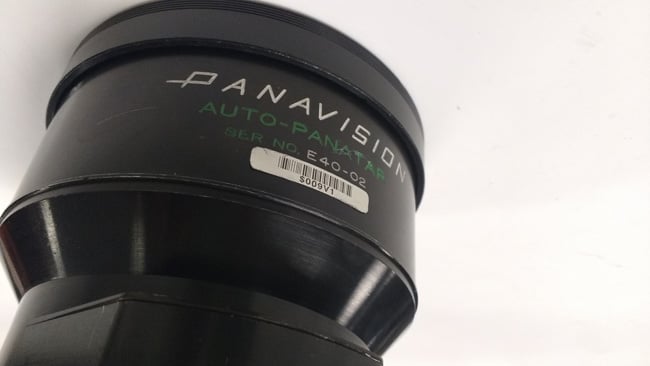 In all seriousness, though, we're here for the anamorphic flares, aren't we?

The famous horizontal flare and elliptical out-of-focus artefacts, which have become so associated with anamorphic glass, are actually not a feature of all anamorphic lenses. The cylindrical element which performs the horizontal compression is a piece of glass where the faces form sections of a cylinder rather than a sphere, as is the case with most other lens elements. This element can be placed in various positions with respect to the rest of the lens and it only produces the elliptical focus effects when placed in front of the iris. Front-element anamorphics require a piece of glass that's physically large, much larger than it would be if placed at the back, meaning that they tend towards bulk and weight. This is something designers work against as best they can. 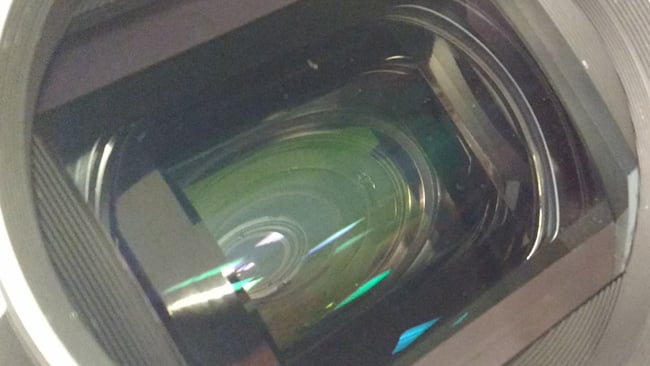 The effect of the cylindrical lens element is clearly visible - the parts inside are actually circular.

Various people make anamorphics, but the famous effects – the streak, particularly the blue streak, and the soft focus highlights –  are perhaps best typified by Panavision's C and E series lenses. The E series, in particular, is a development of the C which became popular during the 1980s and was used on a list of movies so long and so well-known that to mention them all would be both longwinded and an attempt to gild the lily. One of the first titles listed on Shot on What is the sequel to Die Hard, and the list continues via The Pelican Brief, Crimson Tide and Heat, all the way up to big action movies like Pearl Harbor, Armageddon and Bond movies Die Another Day and Spectre. Famously good-looking productions, including Memoirs of a Geisha and The Phantom of the Opera,used the Panavision E-series, too. 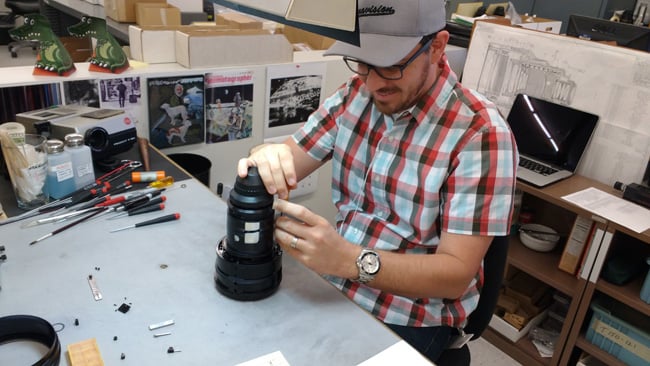 Manufacturing and maintenance of lenses takes place on site.

Because someone will ask, yes, theoretically, there are Panavision adapters for mounts such as micro four-thirds, so one could, technically, dangle a Blackmagic cinema camera precariously from the back of one of these mighty optical devices. It wouldn't work terribly well, though, since the 2:1 compression factor of a cinema anamorphic is designed to land its image on a 4:3 image area that's taller than most digital cameras facilitate. Shooting 2:1 anamorphics on a 16:9 imager creates an extremely wide 3.5:1 image and, while it has been done (with or without cropping back to something saner), there are other options.

Anamorphic lenses with 1.3:1 compression factor are available and create a scope image on a 16:9 imager, although in the words of one major lens manufacturer, can be neither one thing nor the other: the downsides of anamorphic with only a limited amount of the effects people commonly desire. Microbudget moviemakers, then, are likely to be limited to those slightly unconvincing streak filters, although Panavision reports it's happy to work with independent filmmakers as much as from big productions.

Finding example C and E series lenses at Panavision's Woodland Hills facility did take a bit of searching, though, because this brand of organic optical trickery is currently very popular. Panavision own over twenty-two thousand lenses of various types, manufactured in its on-site facility, but the majority of these are spherical and assembling a large number of anamorphic sets can require a bit of notice. On Pearl Harbor, for instance, the huge number of cameras positioned around pyrotechnics for the big attack sequence each required E-series lenses.

There are downsides, of course, associated with the gloss of anamorphics. Other than the size, weight and inevitably the cost, they tend to lack the ability to focus on very nearby objects. The Panavision E series will focus down to four feet in the wider focal lengths, which is not particularly close. The minimum object distance increases to five feet for the 135mm E-series lens, pretty good by anamorphic standards. The 180mm C-series lens has a minimum object distance of nearly eighteen feet. It can be quite difficult to create certain shots, with a crew discovering that the lens won't focus close enough to make the desired shot work, selecting the next longest lens, moving back to maintain the frame and finding that the problem still exists. Diopters, which permit closer focussing at the cost of the ability to focus to infinity, are a necessity for many shoots. 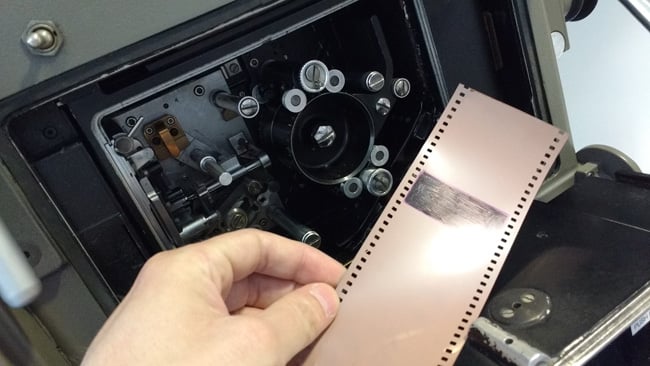 All the same, the huge popularity of almost any optical way to, in the words of many directors of photography, take the edge off digital seems likely to remain popular. When Panavision designed the C and E series lenses, the company could not have had any idea that it would eventually earn its living taking the edge off digital cameras twenty or thirty years later. If there's a conclusion to draw from this, it's one we've encountered before: cameras come and go, but glass endures, and that appears to be the case at the high-end as much as it is for the owner-operator.