Putting a colour meter into every light 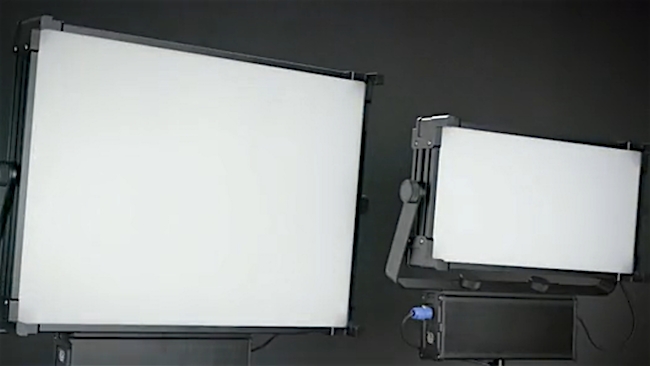 Emmy-Award winning Litepanels founder Kevin Baxter is back with a new range of products that take LED to the next level.

Kevin Baxter once saw a need for changing the nature of television lighting. He determined that a fixture with arrays of LED lights could replace bulky hot tungsten lighting and deliver results that used less energy, were less exhausting to talent and lightweight. From that research came Litepanels. And Kevin won two Emmys for changing the nature of television acquisition.

Kevin sold Lightpanels and moved to other endeavors, returning recently to the production world with another innovation.

We have all noticed that the original LED technology could produce green spikes, was uneven across the color spectrum and were highly variable in quality between manufacturers. Recent technologies including high CRI LED’s and Remote Phosphor have entered the marketplace to great success.

But Kevin still noted that even variable color temperature fixtures were not always returning accurate readings on color meters. Hence the idea for SoftPanels.

Fully funded as a Kickstarter project, SoftPanels will initially have three fixtures in the product line-up, 1x2, 2x3 and 3x4. They are based around highly accurate CRI 95+ LED’s with adjustable intensity and color temperature.

The true innovation is that with the press of a button the built-in color meter measures the ambient light color temperature of the shooting environment and adjusts the light’s temperature accordingly. If there are flesh tones in the shot, another button will refine that color temp to bring out skin tones most accurately.

The lights still can be operated as simply variable color temp, dialing in whatever temp you desire. But Kevin notes that the kelvin reading on the light will be accurate.

With pricing beginning at $1195 for a 1x2, the product represents a tremendous value and represents yet another significant contribution to the production community by Kevin Baxter.

For the innovation and determination to bring such a product to market, SoftPanels stands out to me as my show favourite.

Check it out on the SoftPanels Kickstarter page or at videolights.com