Can ACES become the standard that everyone adheres to? 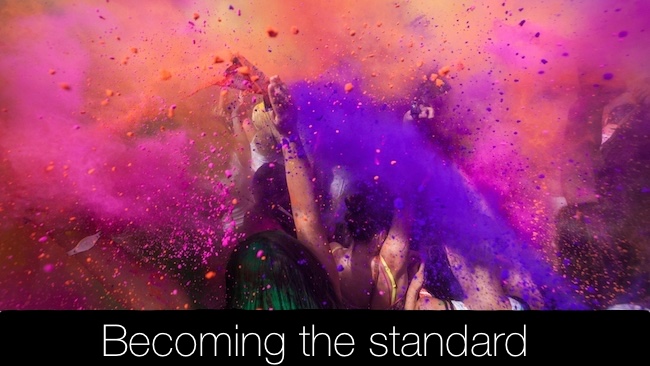 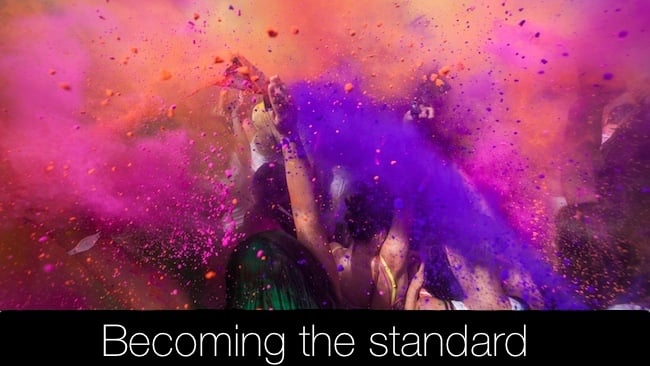 It’s probably fair to say that the Academy Color Encoding System has yet to set the industry on fire, but a move towards encompassing workflow could change that.

One of the seminar tracks available on NAB's first day involved ACES, the Academy Color Encoding System. Yes, it was developed by that Academy, the Oscars people, and this is a very good thing inasmuch as they're not a directly profitmaking organization and the system is therefore free to avoid the issues of vendor lock-in and proprietary approaches that create compatibility issues.

The purpose of ACES is to unify, to whatever extent possible, the myriad ways cameras have of recording pictures, in terms of their luminance encoding (SLog from Sony, Log C from Arri, Blackmagic's Film modes, and so on). The details are a little beyond the scope of this article and are widely discussed elsewhere, but the basic approach is for the camera manufacturer to provide information that's used to convert the camera original into a standardized format that's defined to be able to contain any image without loss, and for other things (such as displays and post production software) to be able to rely on that standardized format as a starting point. There are then ways to convert material from that format into a wide variety of useful outputs.

There is very little argument with the engineering approach behind ACES. It's perhaps a bit more complicated than one would ideally have hoped, although it's no more difficult to use than it really has to be, given what it's trying to achieve. There is always the controversy over whether it has a "look", or at least a look beyond that defined by the manufacturers in the input transforms. It isn't really designed to, but the process of getting a picture from the internal, very wide-capability state to a viewable one almost has to involve a subjective decision.

There is much less interest, at least from the Academy, in the use of ACES on lower-end production, although there's really nothing stopping it being used as the standard itself is free and therefore doesn't involve paying anyone any royalties. It tends to be implemented in reasonably expensive devices and software and the on-set parts of it, using the reduced-capability ACESProxy version that's intended to be transportable via SDI links, are likely to be out of reach of all but the high end. In the main, though, as with any technology, it does the same job regardless of the production budget and could help out in a wide variety of situations.

If there's any real objection it's simply a restatement of the "fourteen standards" problem, in which there's a recognition that there are fourteen competing standards governing a particular technology and someone decides to create a single unifying standard that satisfies all the common use cases, with the result that there are now fifteen competing standards. The Academy cannot force anyone to use ACES, and in fact there's a directly counter-revolutionary tendency for camera manufacturers to create proprietary colour management systems that undermine the potential universality of ACES. This is a shame, but the problem is intrinsic to standardization. To make something standard, it's necessary to ensure everyone's using it, which is of course the hard part.

One interesting future development is that the scope of ACES seems to be widening to include workflow considerations, which is a very good idea considering the harsh reality that a new combination of equipment and procedures is commonly generated on a more or less on a production-specific basis. This is a considerably more complex problem to solve because it involves a lot more people in a lot more disciplines and a lot more equipment besides, but it's nice to know someone's at least looking at the problem.