8K is already out and about in the real world 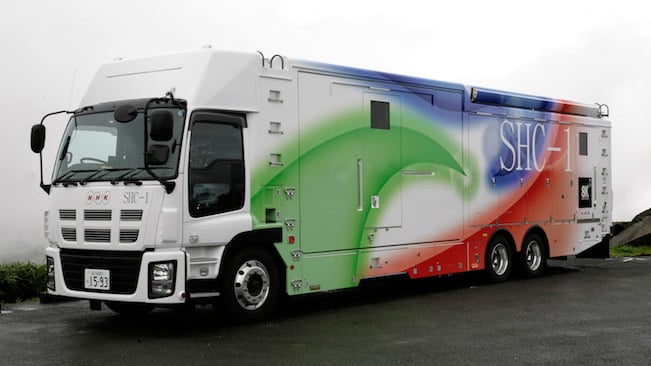 As the industry limbers up for NAB and starts seriously thinking ahead to an 8K future, it’s worth remembering that, in Japan at least, it’s already here.

This is NHK’s SHC-1, a fully 8K mobile outside broadcast unit, that was delivered to the broadcaster by Ikegami in September last year and at once shows the promise and the peril of the format.

For those that have followed the development of 8K, or Super Hi-Vision as NHK stubbornly still refers to it as, its very existence is astonishing. Traditionally the cameras recording 8K have been lumbering beasts that have only just evolved onto pedestals, but new units of the ilk of Ikegami’s SHK-810, released at NAB last year, have moved the discussion on remarkably. 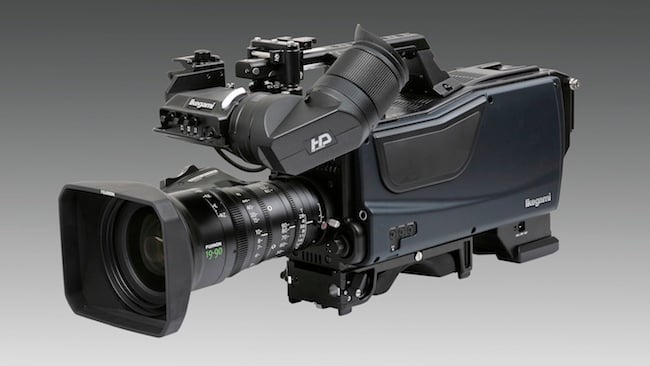 A tenth the size weight of the company’s first generation units, produced back in 2002, the SHK-810 was the first genuinely shoulder-mount 8K camera. Admittedly, its 9kg means you need to have a fairly powerful shoulder to be using it for long periods of time, but form factor is shrinking continually and there will undoubtedly be further iterations, if not at this NAB then certainly in the next year or so.

Peril is probably overstating the problems that the format brings with it, but as yet there is no denying that the cameras need a lot of truck to support them. The SHC-1 can run 10 cameras (typically a mix of the SHK-810 and Ikegami’s much less refined SHK-8000 model) and the company had to learn on all of its experience producing 800 OB vehicles to cram the necessary kit into a sub 12m chassis for maximum international operability.

“Many elements of 8K television production infrastructure are much larger in size, power consumption and number of cables than their HDTV equivalent,” the company stated with feeling on delivering the vehicle to NHK. “Organizing an 8K OB vehicle is therefore much more challenging than designing and producing traditional OB vehicles.”

A sister truck, SHC-2 has already seen action in the USA, helping to beam back Super Bowl 50 to a 300in 8K screen at the NHK headquarters in Tokyo. And given Japan’s stated aim to have an 8K broadcast system up and running in time for the Tokyo Olympics, it’s little surprise that at least one of the units will be in Rio for this summer’s Games.

But, in the meantime, Ikegami promises it will be showing its latest developments in the 8K field at NAB. Judging by the speed of development of the technology, there could well be some rather interesting stuff on display.