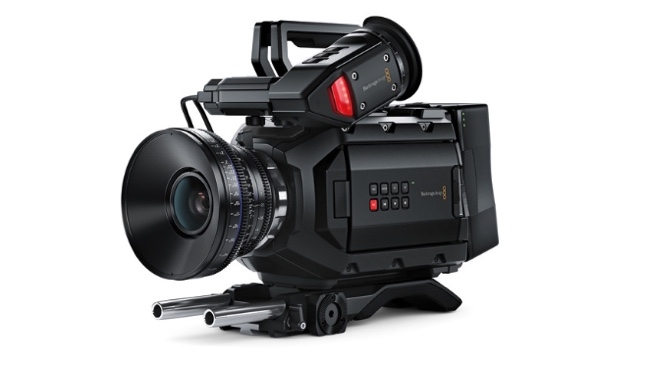 Not only has Blackmagic Design announced that the long-awaited URSA Mini 4.6K and Micro Cinema Camera are shipping with immediate effect, but, perhaps more significantly, that their spec has been changed and  global shutter has been ditched.

To say this is a move that has taken a lot of people by surprise is a bit of an understatement, but here’s what Blackmagic has to say on the subject.

“The good news for our customers is that both these cameras are now shipping.

The company says that its engineers have been working to address this issue for the past six months, but that performance of the global shutter is “not up to the high quality level that Blackmagic Design strives to give it’s customers.”

Hence they’re shipping as from now without global shutter.

Blackmagic claims that positive feedback from DoPs and cinematographers in the beta programs has led them to the decision that the camera should not be further delayed for this feature. “The main benefits of the cameras are the wide dynamic range, and this dynamic range is only available when running without global shutter,” it reasons.

The result is that with the release of the URSA Mini 4.6K, customers will be able to choose between two very different models of URSA Mini. Originally the Mini 4K was intended to be the entry level model and the URSA Mini 4.6K to be the higher-end model with more features. Now, however, the choice splits into a more practical one between the $2995 URSA Mini 4K if people want global shutter and the $4995 Mini 4.6K if they want wide dynamic range.

“Blackmagic Design understands and accepts that some customers who have back ordered an URSA Mini 4.6K may like to change their order as a result of this feature change,” it says.

A 4K video showing the new unit’s capabilities can be downloaded here while customers can also download three separate camera original RAW files to try grading the shots themselves using the free version of DaVinci Resolve, which they can also download from the website. There’s also a new gallery page on the URSA Mini website .

“We’re deeply sorry that it has taken much longer than expected to ship the Blackmagic URSA Mini 4.6K and Blackmagic Micro Cinema Camera, and extremely disappointed that we are unable to deliver a feature that we had previously announced. ”said Grant Petty, CEO, Blackmagic Design. “As an engineer, I have always felt that my job is to build a stage for customers to perform on, but until we ship a product we never know what kind of stage it is. This camera is truly amazing and images are just so filmic. The beta test cameras have been received so well that they have already been used on national campaigns and feature films. The images they have shot so far are way beyond anything we could have imagined when we first started making cameras, and I can’t wait to see all the incredible footage that will be shot on the new URSA Mini 4.6K camera.”

Read Blackmagic Ursa Mini 4.6K could be a higher res BMCC... and that would be great!