Opinion: Vapourgear is starting to seriously harm the industry 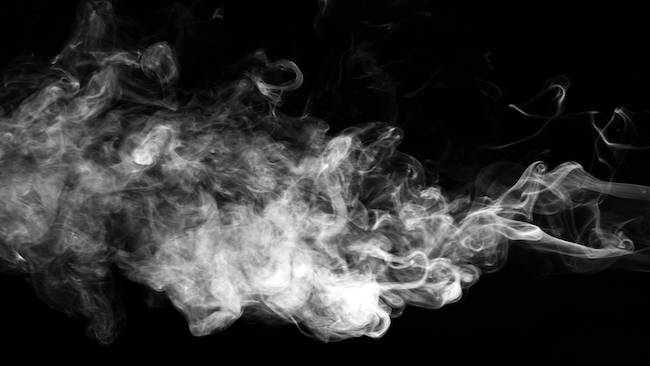 As substantial as smoke...

Vapourware, announced products that then fail to materialise or have release dates that slip and slip and slip, has a long and ignoble history in the software industry. It now seems though that it is endemic amongst camera manufacturers too and, Andy Stout reckons, this is not healthy.

I’m not going to point fingers at anyone here, or mention names, but when you publish a story about a relatively modest new camera from a major manufacturer and one of the headlines you immediately reach for is ‘Hallelujah! This is available now!’ it’s probably worth a step back to assess what is going on out there.

We’ve had vapourware outbreaks aplenty in the industry before, but this is physical product we’re talking about now. This is vapourgear.

There are a number of different reasons for wholesale vaporisation of products to occur. Usually it’s all about competition; all about trying to jostle for column inches and blog posts when you have plenty of rivals trying to do the same thing and all of you are trying to introduce step changes in technology.

“Company X says its camera can do Y, we need to say that ours can do Z. Can it?” That sort of thing.

(Actually, in most countries, announcing a product that doesn’t exist is illegal. But that doesn’t stop it happening, with some recent high-profile crowd-funding disasters edging on the verge of fraud. And there are also genuinely companies that have basically dreamed up products on the flight to NAB as spoilers to the competition and worried about the details later too.)

Of course, pre-announcing products is nothing new. In fact it’s a legitimate part of any marketing campaign, especially in an industry which tends to gravitate towards big announcements at big tradeshows. The problem is when that pre-announcement period stretches first to months and then, perish the thought, to years. This is when you start crashing through the boundary from early announcement to late release and this is where the problems really start to mount.

Unfortunately it’s also something that medium tech and medium complexity products, such as cameras, are increasingly prone to.

Truth or Consequences: An Analysis of Vaporware and New Product Announcements (Bayus, Jain & Rao, 2001) highlighted this. Admittedly they were writing about the software industry, but not only did they conclude that an “examination of empirical data for the software industry suggests that some firms use vapourware in a strategic manner” but also “that there is a curvilinear relationship between development costs and announcement accuracy; that is, firms with high or very low product development costs make accurate product announcements, whereas firms with intermediate product development costs intentionally engage in vapourware.”

Of course, sometimes there are legitimate reasons for delays, such as something going wrong in third party supplier manufacturer chains and other forms of force majeure. The danger with all this though is that we can end up triggering what has come to be known as the Osbourne Effect, wherein prematurely discussing future products harms your existing line up. Legend has it that in 1985 Osborne Computer announced a new model, took more than a year to deliver it, and went bankrupt in the process. But while the truth of the company’s financial woes had more to do with spiralling production costs, it has provided a salutary lesson ever since (albeit one that everyone from Sega to Nokia to pretty much any startup involved in a new, establishing technology wilfully ignores).

What can be done about it? Nothing really. It’s a competitive market out there and it’s noticeable that the 3D CGI software vapourware wars were only really ended once the products edged towards commoditisation and everyone pretty much had the same features anyway. But if we carry on like this and we move from endemic vapourgear to pandemic vapourgear, there is a very real danger that consumers will start treating every camera release date that does not occur within the following month with cynical suspicion and start voting with both their hearts and their wallets.