101 uses for a GoPro camera 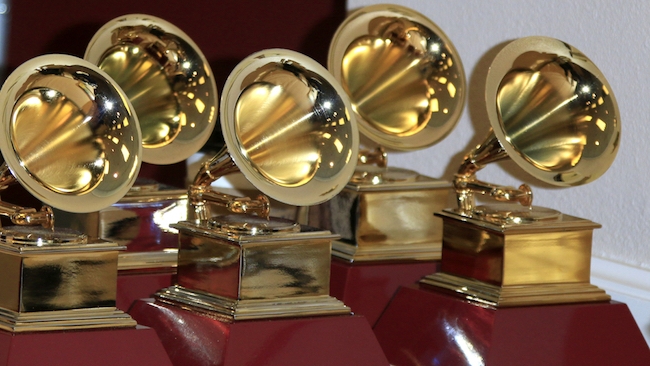 Once the initial 101 are out of the way, bet you never thought that number 102 would be serving in the base of a Grammy award to be given out next Monday.

Behold the Grammycam, a whizzy new bit of technology that is only a couple of mistyped consonants away from a very unpleasant set of Google results indeed.

As Fast Company reports, the American Recording Academy is giving out its Grammy Awards on the 15th. And, in keeping with the year’s tagline of ‘Witness Greatness’, it’s built disassembled GoPros into the base of the Awards themselves which will live stream the ceremonial proceedings from the award’s up lose and very personal perspective on the Grammy Live website.

Part of the reason it can do this is because, unlike the Oscars, the awards given out at the ceremony are props and the artists are given the real ones later. Therefore it’s relatively easy to install the cameras into the bases of them and pipe the signal back to the OB truck at the ceremony (where footage can also be dropped into the CBS coverage), long as you;re a bit mindful of battery life. The other reason it's doing this is, well, because it can really.

This sort of coverage is becoming big business though. 7.5m people tuned in to last year’s stream, and that will comfortably be topped this year…especially if any of the awards can get themselves into the after shows with their streaming credentials intact. Either way, expect to see a lot of Taylor Swift.