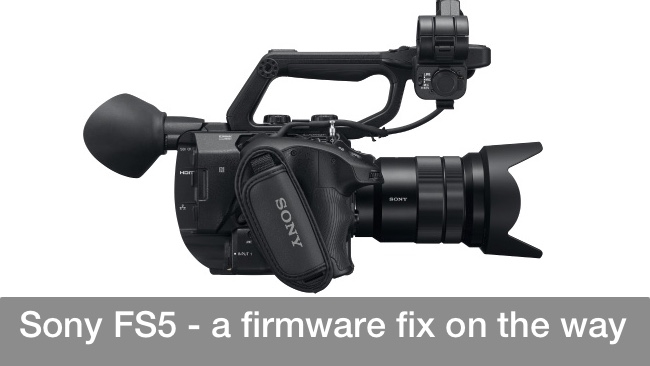 Sony's FS5: a firmware update by the end of Feb

Following our discussions with Sony Americas, the company has just released a statement saying it is working on a firmware update that will address the problems some are seeing with noise and compression artefacts.

Apologies: you wait ages for a Sony firmware update story and then two come along in a row, but this is an important one.

“Sony has investigated the PXW-FS5 image artifact issues reported by users. Our engineers have been able to duplicate these issues and identify their root cause. Sony plans to provide a firmware update. Our goal is to issue this revised firmware by the end of February.

“To ensure that users achieve the best results from the FS5, Sony is also preparing guidelines to help professional shooters take full advantage of the FS5’s features, including S-Log and S-Gamut.”

It is short and sweet, but it is also very much to the point: there is a problem, Sony has worked out what it is, and there will be a fix. That it sounds like there will also be an additional workaround — perhaps for shooting in low light in 4K? — required though is interesting too. We’ll let you know an ETA for the firmware update and the guidelines as soon as we can.