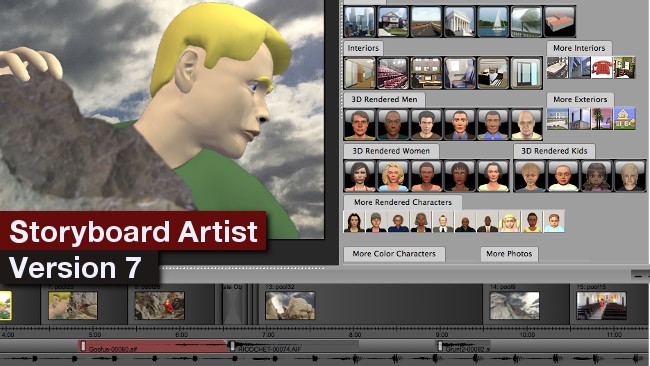 As filmmakers and film production companies grow in experience and capabilities, previs and, in particular, storyboarding, become greater areas of focus. Sure, there are some out there that are resolutely against storyboarding, but even these critics would likely admit that previs is an important tool for planning highly-complex sequences.

At the highest budgetary levels of filmmaking, productions will enlist VFX companies with a specialty in previs, since previs for a special effects-laden movie would be woven throughout the process, from pre-through-post production. These VFX companies often employ proprietary solutions or use advanced 3D modelling and animation applications, like Maya 3DS Max or even open-source Blender, to produce the pre-visualization materials.

But, what's a smaller production company (without a team of 3D artists on hand) or to do to satisfy its own previs needs? Of course, you can go old-school and hire an actual storyboard sketch artist, but going that route may still incur more costs than a company may want to take on project-by-project, not to mention the loss of any advantages of having digital comps. For some professionals, a DIY solution, in the form of a storyboard creation application, might be most appealing. 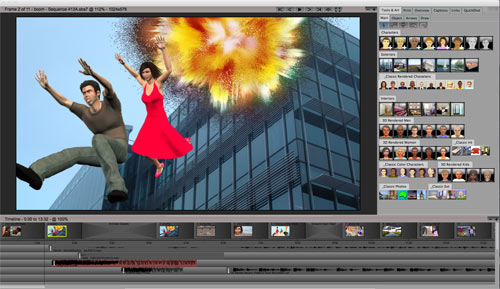 PowerProduction Software, which has staked a claim as a leading previs software outfit, has just released Storyboard Artist Version 7, a powerful revision of its popular program. With this version, Storyboard Artist adds a wealth of features aimed at quick and easy generation of 3D storyboards with some animations and methods to approximate depth of field defocus.

Here's a rundown of key features:

How do you handle previs for your productions? Let us know about your previs workflow and utilities in the comments!