Is the secret of emulating film all in the display prep? 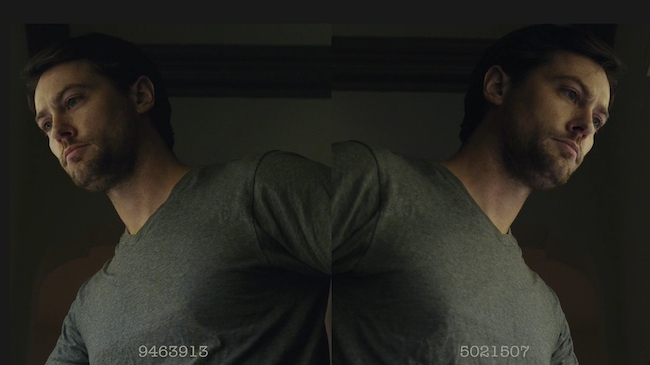 First off, have a look at this: Display Preparation Demo.

It's hardly a new idea to try and make digitally-originated pictures look – for some value of look – like they were shot on film. Arguments over why people do this range from deliberate sophistry to simple conditioning, but in general the latter is probably true for audiences if not filmmakers. Even subconsciously, most people associate certain characteristics of pictures with high quality movies.

Interestingly, though, this doesn't seem to be the question ASC member Steve Yedlin is addressing in his recent publication on what he quite aptly refers to as display preparation, the term by which he refers to the process of taking a negative image on film or a digital master and turning it into a watchable image. Yedlin is of course quite right in his view that this process exists for both film- and digitally-originated material and that it always has a profound effect on the image. The approach he's exploring is to attempt a modelling of the optical characteristics of film such that a digitally-originated original can be closely matched to film during that process. This is not a new idea, no matter how impressively it's described, but it's rarely been done in quite such a general way – Yedlin's technique, we learn, should work fairly universally.

The matching process is not, he assures us, intended to produce precisely identical images, and it doesn't. What it is intended to be, we learn, is a fairly static transformation, which can be applied to any material originated on a given digital capture system (Alexa, in the case of his tests) in order to match it to film-captured material – or at least that's what Yedlin seems to be saying.

I hasten to add that he isn't proposing anything as banal as a universal, one-size-fits-all film-look filter, at least not in terms of intent; his approach is a lot more subtle than that. His work must, we can safely assume, rely heavily on a characterisation of both the film and digital capture devices, and issues such as dynamic range will come heavily into play when attempts are made to match, say, highlight rendering.

Within these assumed limitations, the work is convincing, although the technical details of his approach are deliberately withheld. He does mention a need to perform basic grading operations – by which we might assume he means, at maximum, lift, gamma and gain adjustments in RGB – to match the overall colour appearance of the two streams, although even that can of course go a long way toward matching images in any case. What's particularly interesting is the attempt – or at least the hinted-at attempt - at universality. If the adjustments applied to each sequence in Yedlin's demonstration production are genuinely static and unchanging, that's something of an achievement.

It's traditionally difficult to create lookup tables – if that's part of what he's doing – which are universally applicable to material shot under different circumstances; to create a consistent-looking output where the input is highly variable. It might be normal, for instance, for a production to have a rough viewing LUT for day exteriors, one for nights, and one for interiors. Yedlin's demo material is shot, appropriately, in a variety of lighting conditions, and the success of the matching process is impressive throughout. If the process is as static as is implied, that's clever.

Whether Yedlin's technique is more effective (in terms of quality of results, convenience, or whatever) than conventional, by-eye grading is another matter. The purpose of cinematography is not generally to mimic one technology with another, it's to create appropriate-looking images, without reference to anything other than the audience's expectations. Other than that loose association, there's a genuine question as to whether precision matching of film is desirable or necessary. Either way, without information on the work involved, it's difficult to ascertain whether Yedlin is proposing his work practically, as part of a working post production pathway, or whether it's intended as an academic exercise. He's certainly heading toward some fairly academic conclusions. It's not, he emphasises, supposed to be a spot-the-Alexa parlour game.

In some sense, the whole thing more or less restates the conclusion that a lot of people have gradually been drifting toward over the last five or ten years: regardless of the precise matchability to anything else, digital capture is now at least good enough and potentially better than that. At all but the very, very highest levels, what we put in front of the camera will continue to exert a much more profound effect on the results we achieve. That doesn't make Yedlin's work any less clever, but it may not be much more than clever.