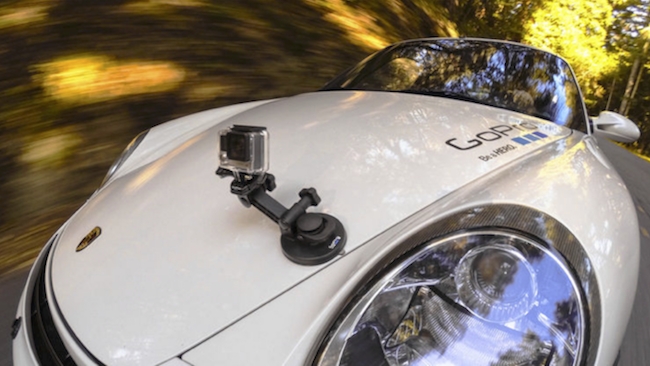 You’ve spent hundreds or even thousands of dollars on an action cam and now you’ve got a gazillion hours of video, much of it that has problems. Mark Gibbs shows you how to fix some of the most common horrors.

While some of it’s pretty good, there’s a lot that really should end up, as they say, on the cutting room floor and even then, the good stuff that’s left has problems. What kind of problems? You’ll have clips that are visually distorted, others where the colors look wrong, and yet others where the scene wobbles and jiggles enough to make a hardened sailor seasick. The first step in fixing these problems is knowing what they look like and what they’re caused by, and that’s what we’re going to show you. So, sit down, buckle up, and learn what the top 10 problems are with your action cam videos and what it takes to fix them …

A common problem is distortion caused by the wide-angle lenses used by many action cams. On the left is a typical frame from a video shot on an action cam with a wide-angle lens that produces what’s called a “fisheye” or “barrel” distortion. It looks pretty weird. On the right is the corrected version, much easier on the eye. The advantage of a wide-angle lens for action video is when the lens is not exactly aligned in the intended direction of travel (perhaps due to how the camera is mounted on, say, a bike or a skateboard, or how the orientation of the vehicle changes, for example, on a hang glider when yawing) then the wider field of view will still capture the forward action. The downside is video that looks like it’s been shot from inside a fishbowl.

The best way to correct this problem is after the video is shot using software that knows the camera and lens parameters; generic fisheye correction is rarely satisfactory. We have a video that shows the difference between uncorrected video with fisheye distortion and corrected video and it’s pretty amazing just how much better the corrected version is.

When you shoot video with an action cam you’re likely to be going from light to dark and back again as you change direction and the sun appears and disappears from view. Under these circumstances even the best video gear has trouble keeping colors looking natural and consistent which is why your videos often look washed out, and or too dark, and or too yellow or blue, and so on. Sometimes your video will have all of those defects together in the same 30-second clip! The solution is to fix the color and contrast problems after the video has been shot. As you can see, the image on the left shows the fisheye distortion we discussed in the last slide as well as being too “cold”. On the right we have the corrected version and not only has the fisheye distortion been corrected but the image has been color-corrected to look more “natural.” Software can track color shifts between frames and correct for unwanted changes so that the video has a much more consistent look over longer periods.

This kind of repair produces more natural colors and brings out details that would otherwise be hidden in shadows or washed out so it makes your videos look far more professional. All that’s left is to figure out what to say as you go on stage to accept your award. 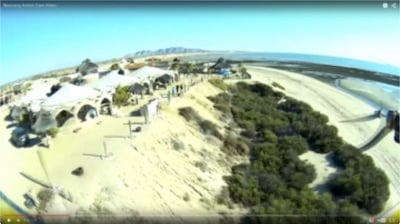 Shake, rattle, and roll are great in music but terrible in videos. An action cam mounted on a remotely piloted aircraft took the shot above and you can see the blurry, fuzzy quality of this still particularly in the foreground. This is caused by vibration of the aircraft’s frame due to the unbalanced propellers and buffeting by wind and you can get much the same problems from action cams mounted on bikes or cars going over rough terrain. While some action cams attempt to correct these issues on the fly, the results are usually barely adequate. On the other hand, processing after shooting can make a huge difference, transforming a blurry mess into first-class footage. The reason post processing is more effective is that software on a modern computer can apply far more complex algorithms to remove artifacts caused by vibration than an action cam has the processing power to run. We have some examples of vibration and shake correction in one of our videos.

#4: Angling for a better view

Because of the conditions under which action cams are used, the results can be footage that tilts subtly (or not so subtly) from the horizontal to the left and right sometimes in quick succession. This can make otherwise compelling video unwatchable unless you’re a fan of motion sickness. The answer is to isolate the camera using a hardware device called a video stabilizer but these introduce two more problems: The first is that stabilizers are fairly large making them unusable on, for example, a dirt bike and, second, they’re very expensive. But once again, it’s software to the rescue. Processing footage after shooting allows you to fix variably tilted video so that the result is as if the camera was always horizontal or whatever angle you prefer. 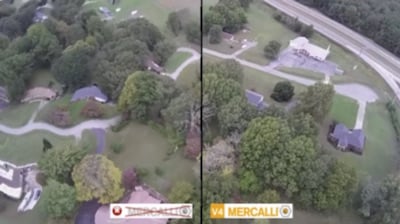 Action video asks a lot of cameras. Getting good video requires that the camera be small, shoot at high resolution, have a good battery life, and be resistant to dust and water and one of the most challenging action environments is in the air. With the explosion of drone technology we’ve seen cameras lofted to hundreds of feet to do everything from shoot advertisements to inspect wind turbines and pipelines and drones introduce a new problem: “Jello”.

Jello is a video artifact caused by rhythmic vibration from unbalanced propellers and looks just how the name sounds; a continuous “wobble” in the picture. Removing jello from video is very difficult for action cameras to do while shooting but very easily done in software afterwards. See this video for an example of jello and what it looks like after correction. 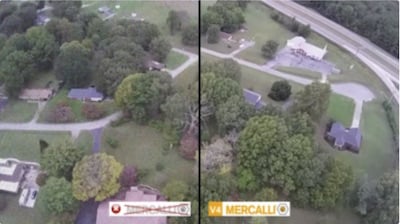 Action cameras pack a lot of technology into small packages and there’s only so much that can be done with electronics unless you want to spend insane amounts of money or broadcast quality gear. Even if you do, noise in the video, which is a frame-wide random distortion of the color of individual pixels, can occur. Using sophisticated algorithms to track changes throughout scenes allows software to remove the majority of noise in a video clip. The difference between before and after de-noise processing is often dramatic and can turn ugly video into great professional-quality footage. 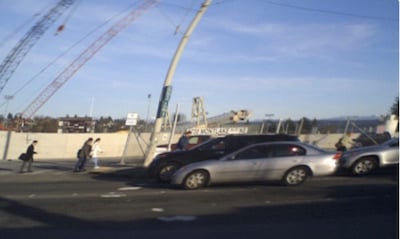 Have you ever wondered why objects such as lampposts and buildings sometimes look like they’re leaning sideways in action videos? This effect is caused by the way the image data is read from the camera’s sensor. The pixel data is captured as sequential rows so if the image is changing fast and the readout of data is slow the final image can look squashed or skewed (exactly how it will be distorted depends on the directions in which the camera and objects in the scene are moving as well as which direction the sensor data is read). Cheaper action cams are more prone to this problem and it’s worth testing your camera before you use it to capture action you really care about. Even when your video suffers from rolling shutter distortion sophisticated software algorithms can reduce the effect often to the point where it’s unnoticeable. 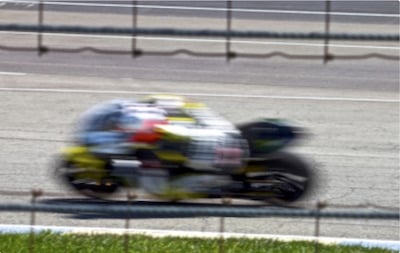 Particularly where action sports videos are concerned, a great clip with lots happening in it could also be really quick so getting the impact of just how amazing that triple somersault with a half twist was will require some slowing down. If your action cam doesn’t record at a high enough frame rates, slowing down the action will often result in jerky footage because the software adds new frames between existing frames and most software isn’t smart enough to do that intelligently. The techniques you should look for in software that can slow down or speed up action video are Motion Flow, Optical Flow, and Dynamic Frame Blending. These techniques ensure that the end results are as smooth as if you’d shot them on a camera ten times the price.

One of the more trying problems of working with video is the number of formats in use today. Which formats you can play on devices as diverse as Windows PCs, Macs, Apple TVs, Web browsers, and smartphones gets complicated quite quickly so any software you use to correct and edit your videos needs to, at the very least, support mov, mpg, mpeg, mp4, mts, m2t, m2ts, m2v, avi, wmv, mxf, vob, vcd, 3pg, Canopus DV, and Canopus HD as input formats along with mp4 and mov as video output formats. On top of that you need support for a range of video resolutions including standard definition at 640 x 480, 1024 x 764, and 720 x 480; high definition at 720P, 1080i, and 1080p; and ultrahigh definitions at 2.7K and 4K. And to support titling and working with still image you’ll need jpg, tif, png, tga, gif, bmp, and dpx as well 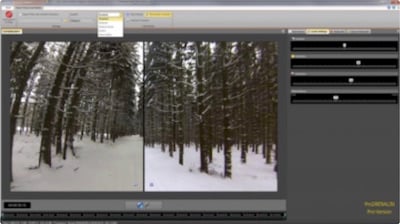 The majority of the video editing software on the market (for example, Adobe Premier) is complex, very expensive, and has huge learning curves. For most people, these tools are serious overkill when you’re just trying to make the best possible action videos you can. The user interfaces of ProDrenalin products are designed for speed and simplicity and all of the corrections we’ve discussed from Fisheye correction through to slowing down and speeding up the action are supported. The key to effective video editing is a smooth workflow and for workflow to be fast and efficient, the software has to make itself as “friction free” as possible, something that was central to the design of ProDrenalin‘s flagship products; Prodrenalin, ReSpeedr, Mercali, DeFishr. ProDrenalin also understands all of the video formats and lens configurations of the leading action cams and digital SLRs on the market so there’s no guesswork involved in getting the right settings to make your videos as perfect as they can be.

Now that you know the leading causes of action cam video problems and how to identify and fix them, you could be on your way to fame and fortune … or, at the least, you’ll be able to produce action cam video that’s more than just watchable.