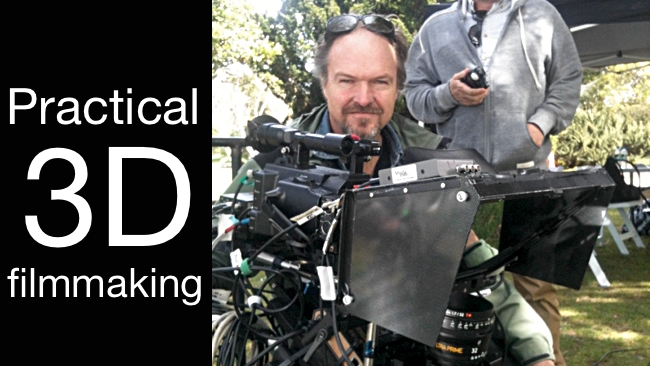 Karl Schodt is an experienced 3D filmmaker. He believes that 3D's time is still to come; but come it will, and it will be soon

Is 3D filmmaking on your horizon? Is it something you should be getting involved with? Is it a fad?  My view is, yes, yes and no. I think that 3D filmmaking is coming, and it is something I want to be involved in, and no I don’t think it’s a fad.

Products evolve. The manufacturers evolve their product. We evolve our skills and suddenly it becomes the norm.

I hear all the detractors who say that they don’t like the glasses, yet we go into the cinema and watch 3D movies with glasses without a problem.

Others say that they will wait until glasses-free televisions comes out. Well, that technology is not far away.

All new technology comes out with a bang and a roar, then calms down and goes silent before finding its way into our life. Look at your phones. Most of you will have a smart phone, yet when the 3G technology first came out over 14 years ago, the handsets weren’t evolved enough to use the technology. Out came the iphone and now it’s a firm part of our digital lives. 3D will be the same. 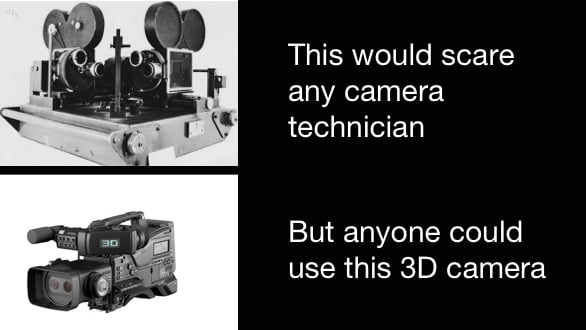 The biggest problem for all the television stations showing 3D worldwide now is the lack of content, so for those who do decide to up skill, should find themselves at the forefront of work.

And for those who say that they're not interested, let me ask you this. How many camera operators are there out there in the world? Millions: all chasing the same ever-shrinking pot.  A consumer camera can now give as good an image as a professional camera gave only a few short years ago. More and more people are working for tiny budgets and produce great content, so how can you justify your prices? How can you make yourself future proof?

My choice is future tech and 3D is one of those, but, 3D is not something you can just go out and shoot. You need to understand the technology and how 3D works. But it’s not rocket science.