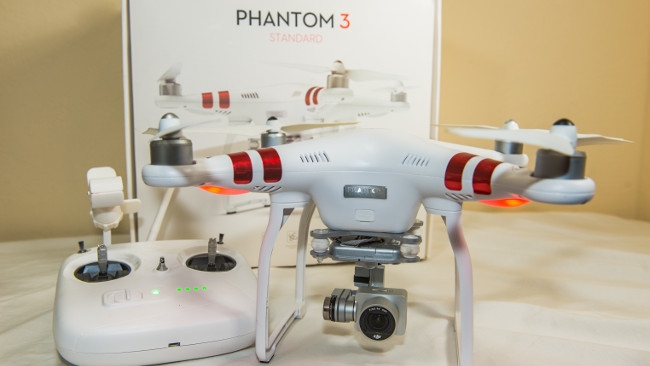 For those who are hoping Santa can have a slightly fuller sack than normal, George Krieger reviews the DJI Phantom 3 Standard, an entry-level drone with some pro features.

Carrying a DJI camera mounted on a 3 axis stabilization gimbal, it has over 20 minutes of airtime per battery. This camera is capable of capturing 12 megapixel, DNG Raw images and 2.7K video, at 30fps or 24fps. Available modes allow you to capture still imagery like HDR, Time Lapse, Burst Shots, Auto Exposure Bracketing of 3,5,or 7 shots, and allow full manual camera control of ISO, shutter speed and White Balance.

Because the DJI Standard uses the same "DJI Go" application for control and operation, it also has most of the same safety and flight capabilities. The total distance that one can fly is determined by the area in which you fly. In optimal conditions, with little-to-no wireless interference, this drone can operate over 1000 meters away (or over 1/2 mile). It uses your phone's 2.4ghz signal for control of the camera functions and the Go Application. The remote controller uses 5.8ghz to manage flight control commands using an internal variation of DJI's lightbridge system. 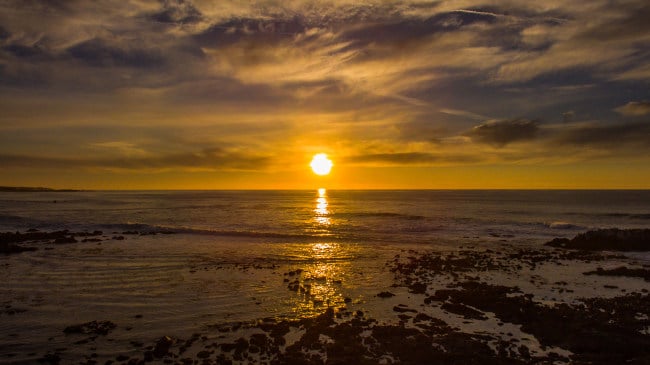 If you are new to GPS equipped stabilized drone operations, this is the lowest priced, entry level option. The biggest fear people have is buying a $1000+ drone and crashing it on the first flight. The DJI Standard is the lowest cost drone with Auto Takeoff and Auto Landing capabilities, to help you be a better pilot and bring home your drone safely. Even professional drone pilots use the 'Go Home and Land' feature, which is built into all of DJI's drones. This new low cost platform is exactly what you need to learn aerial image capture and produce your first aerial images, video and other aerial image derivatives, like panoramics and mapping.

This aircraft runs the same industry leading flight controller and control application that the other Phantom 3, Inspire 1 and Inspire Pro models use. The main differences between the Phantom Standard and the other P3 models is the camera and gimbal. The DJI Phantom 3 Standard takes its design elements from their first flying camera, the Vision+. The camera has the same 20mm equivalent lens featured on the other Phantom 3 series models. The sensor is quite capable and renders amazing video much like the other Phantom models. The still image capabilities are similar to the other models, but comes up a bit short in low light situations. All-in-all, the camera and aircraft combine to make a very desirable entry level purchase for this holiday season.