How upgradeable is your camera? 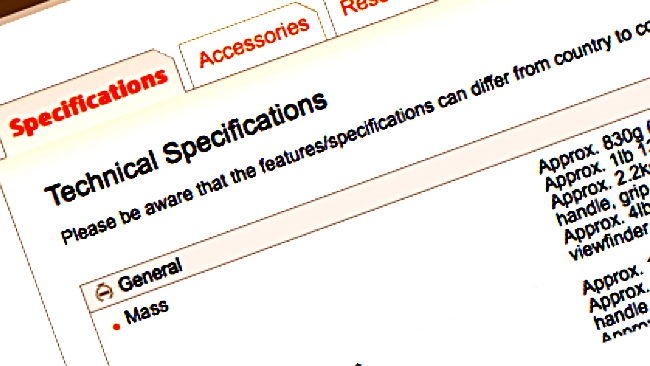 You won’t find this information on your camera’s spec sheet. But it needs to be there.

You can’t tell everything about a camera from its specification sheet. What the camera's images look like, for example. But there’s something that should be specified along with all the other figures, as it’s an important part of camera and peripheral performance.

It's how much you can upgrade the device.

How do you measure this? Well, in a sense, you can’t, because it all depends on the manufacturer’s willingness to upgrade the product. No amount of built-in upgradability will help if the manufacturer "orphans" the equipment.

But there’s another way you can at least assess the potential for upgrades. It’s the size and speed of a type of chip called a FPGA (Field Programmable Gate Array). This is a device that’s able to process data very rapidly. It’s especially suited to repetitive tasks, and most tasks with video are extremely repetitive!

What makes it upgradable (this is the “Field Programmable” part of its name) is that you can change the function of this processor with different software.

Now, it’s important to understand that this is a different kind of programmable processor to a “traditional” CPU. When you reprogram an FPGA, you rearrange its logic. In a sense, software is able to reconfigure the hardware. Which means that, whatever you ask it to do, it will be very fast, because it is working at a hardware level, albeit in a configuration that is set up by the software.

What this can mean in practise is that if you’ve just bought, let’s say, a portable monitor with an FPGA in it, at first it might not have a huge number of features. But with an FPGA on board, these can be added with firmware updates. You might suddenly find that your monitor can display histograms. Or even manage colour Look Up Tables.

This ability - to have hardware functions modified and added to by software updates - seems almost miraculous, and while it does have a perfectly rational explanation, it is something that we should look out for when choosing products.

The problem is that this information isn’t generally available.

All you can do at the moment is look at the recent history of a company’s products. Look at which manufacturers have significantly upgraded their cameras and other devices. There are examples all over the place - from ARRI to Blackmagic.

Ironically, it is the more specialised equipment that is made in smaller numbers that is more likely to be upgradable in this way, although we are starting to see more and more exceptions. The reason? It’s because FPGAs are expensive. You won’t find them in mass market products mainly because of this. There is a cheaper kind of chip called an ASIC (Application Specific Integrated Circuit) that is functionally the same as an FPGA, but which can’t be modified or upgraded with software. But - because of this - it’s very, very much cheaper to make. If FPGAs can cost tens or hundreds of pounds, ASICs can cost pennies.

But we’re also starting to see products from the likes of Sony and Panasonic becoming significantly upgradable. It’s very hard to get information about the internals of these cameras, but some of the upgrades we’ve seen must mean that may they have at least some sort of FPGA capability, or, more likely for the genuinely mass market products, a dedicated signal processor - although this will lack the ultimate upgradability of an FPGA

How would you describe upgradability in a spec sheet in terms that lay-people can understand?

You would need to be able to talk about size, speed and percentage of the chip’s capacity left for additional software modifications. It would be hard to make this meaningful, but if a standard notation could be agreed, it could become some of the most significant information we look for when we’re choosing a new camera.

Find out more about FPGAs in this RedShark article.