Editing the Hunger Games…in a truck! 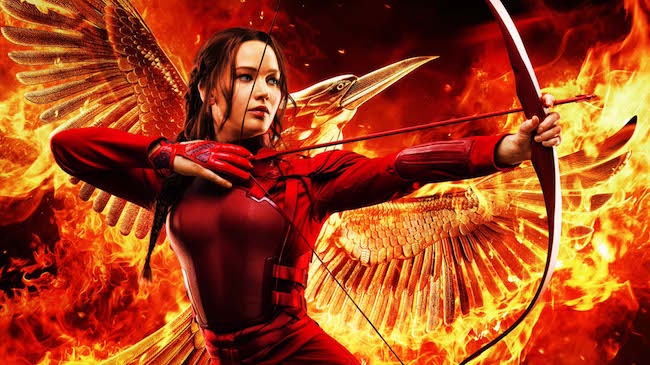 From the Alexa to Avid, how Mockingjay 1 and 2 were put together -  including the fact that cutting two marquee movies at once meant that going mobile everywhere, even in the edit room, was the best way to cope.

Editing a movie on the scale of The Hunger Games is one thing. Cutting two of them more or less back-to-back, under time pressure and with the production shooting across several countries, is quite another.

You'd be tempted to build your Avid gear into the back of a giant truck so as to be able to follow the production more easily – so they did. 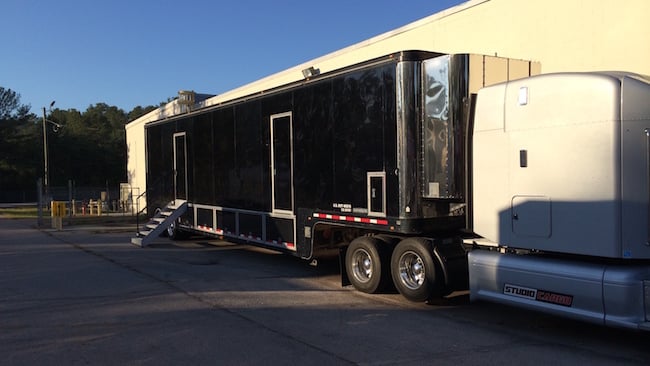 Editor Alan Bell's involvement comes via his previous employment with director Francis Lawrence: “I'd done a previous movie called Water for Elephants and he asked me to come on to Catching Fire. Because Mockingjay 1 and 2 were to be shot concurrently and we had an accelerated post for Mockingjay 1, we bought on another editor.” Bell (below) had been a twenty-year acquaintance of Mark Yoshikawa when it became clear that the workload of the two Mockingjay films would be better shared. Jennifer Vecchiarello, who had worked as Bell's assistant editor for almost a decade, would later be brought on as an additional editor as well. Yoshikawa concurs that “we'd been friends for a while, I'd seen his career trajectory, I was conscious of these huge movies he'd been working on so I was very excited about the franchise... when he gave me the call I jumped right on it.” 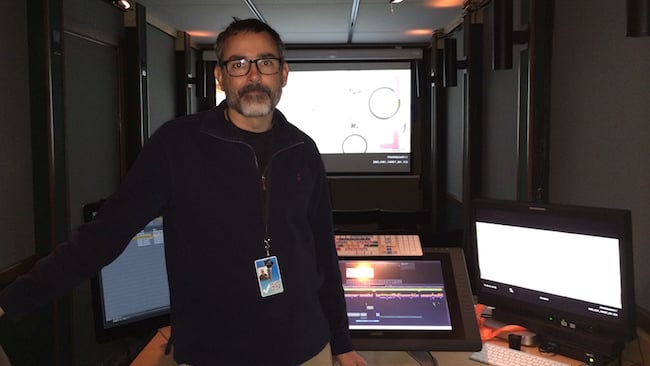 With a nine-month production period between the two films, preparation was key. “My big prep thing was that I built the trailer,” continues Bell. “Because we had such an accelerated post schedule on Mockingjay 1, and because it was such a long shoot, it would be a good idea if I had a cutting room on set. I had two: one in the trailer and at the studio next to Mark's.” One unusual technical choice was the use of Windows PCs: “traditionally everyone used Mac in Hollywood. The reason I decided to use that was that I'd be using this software called Fusion. It's a piece of compositing software that integrates nicely with Avid; at the time, it was only available for windows.” Otherwise, the production's use of the Avid ISIS shared storage system was largely conventional, with bins and projects shared straightforwardly between editors.

Bell refers to his use of Fusion as “what I call performance-enhancing visual effects. Where your average editor will do a split screen or a timewarp to speed something up, I take them up to the tenth degree. I'll take people's heads and replace them, eyes, to get performance things, or remove a line. If the timing of the scene isn't what I want I'll composite it and make it work in a way that's invisible to the viewer. I probably generate 150-200 shots per movie.” While some visual effects supervisors might be wincing at the additional workload and costs of this approach, Bell emphasises that the extra shot count is well planned-for. “Going into it everyone knows I'm going to be doing these kinds of things. I've worked very well with other VFX people, one of the things thatr's typically done [is to] bring in an inhouse team to handle these shots. That gives me a level of supervision.” Yoshikawa agrees that “directors come to depend on them. Alan will say 'give me ten or fifteen minutes and I can cut it together... it all becomes part of the VFX budget.”

The films' colour workflow centred around the Alexa camera and the ArriRaw recordings, with footage stored as EXR files and associated CDLs. “There were a few VFX elements that were shot in other formats. Adrian Jebef, our digital imaging technician, works with Resolve and [sets] a colour look with the DP... we were working with DnXHD 36 because we had to have so much material online.” With 5.1 surround sound and projection facilities in the cutting rooms and conventional JVC or Panasonic Rec. 709 monitoring, Bell considers that “the color looked really good, it wasn't as if we had lots of stuff that was mismatches. Apart from some of the day for night stuff it came out looking quite close to the final. It looked really good.”

With material shot in France, Germany, and around the production's base in Georgia in the USA, the production schedule on the final two Hunger Games films ran to around nine months. Mark Yoshikawa's work can next be seen on the HBO series Westworld, which is coming up in 2016.