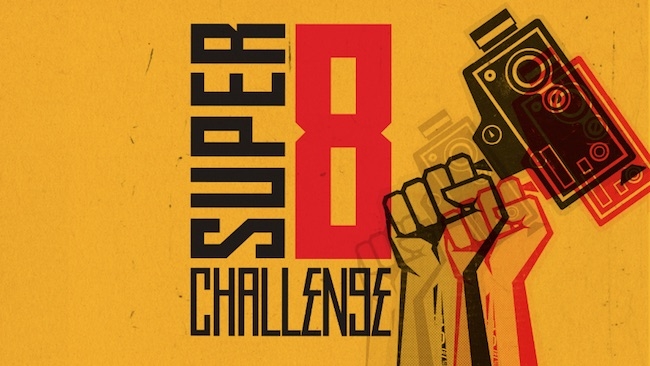 Not only is Super 8 not dead, it's actually alive and kicking and there's a global filmmaking challenge underway to prove it.

Finally some good news for those who love film but are frustrated by Kodak and its inability to get the word out about the advantages of working in the format. Kodak now has a new President of its motion picture division and he is actually a film maker and not an expert in inkjet paper, or cat food, or soft drinks or something. His name is Steve Bellamy and he seems to already be having an effect, as hot on the heels of his arrival, Kodak has also announced a new competition to celebrate 50 years of Super 8 film!

Super 8 was the original democratic movie format. It came in easy to load film cartridges and the cameras were relatively easy to use by nature of their built-in auto exposure light metering. The format was also sort of cheap to shoot with cartridges available at the local chemist that you could just post off to be processed in Switzerland. Of course you only got just over 3 minutes of footage for your money and cartridges were not re-usable so you had to be careful about what you were shooting and if you definitely wanted that shot. These days you have to be even more careful as it's no longer the cheap format it once was but it can still be quite affordable if you are making a little short.

Those who are younger may not realise that before the DV revolution happened, there were even people making indie feature films on Super8. Movies like Kung Fu Rascals, Mary Jane is not a virgin anymore and A Polish Vampire in Burbank were made possible by the cheaper format. Jim Jarmusch made a feature length documentary about Neil Young using Super 8 and Derek Jarman even made a couple of feature films in Super 8 too: The Angelic Conversation and The Last of England. (In addition to his feature films Mr Jarman shot many shorts and other smaller projects in Super 8).

Filmmakers like Jem Cohen made such a name for themselves with the format that it's hard to think of their name without thinking Super 8 and the format was successfully used in big Hollywood productions like Oliver Stone’s Natural Born Killers to provide a contrast to the slick look of the 35mm film used in the rest of the movie.

Obviously Super 8 has also had a huge history in music videos too where it was once a leading format because of its quirky look.

So, it’s good that Kodak has now announced a competition to celebrate a staggering 50 years of the tiny film format. The company is looking for shorts of between 15 seconds and 5 minutes long which are shot on Super 8.

(I’m assuming they mean Kodak Super 8 although the competition rules aren't clear on this! Perhaps those at Kodak aren't that aware of the hidden world of third party Super8 film stocks. In any case I would think it would improve your chances if you shot on Kodak film given that it is their competition. Presently that means either the black and white Tri-X or the Kodak Vision colour negative range of stocks. Maybe someone can illuminate us on this in the comments.)

If you have never shot film on Super 8, now could be a great time to try it out although if you already have a short shot in Super 8 during the last 50 years that fits the rules (under 5 minutes don't forget), then you can submit that too. You can even submit more than one film and there are some great prizes such as a Kodak PixPro SP360 Action Camera, a Rhonda CAM Super 8 Camera, and best of all approximately $2000 retail value of Kodak motion picture film.

There is no entry fee and you have until December 21st to submit your film so better get a move on!

Check out this link for more details about the competition and I will be writing a follow up article about how to make something on Super 8 in the 21st Century so keep an eye out for that too.