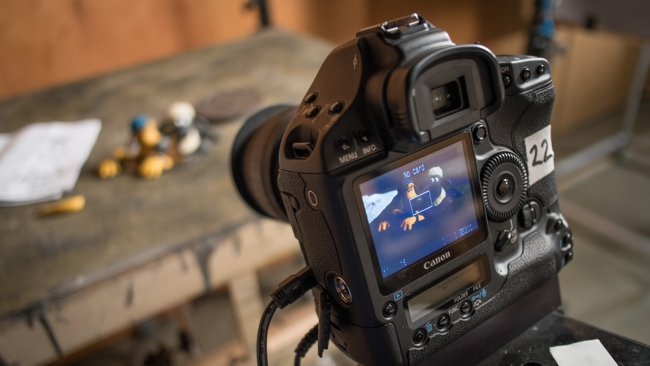 A massive order for Canon cameras by Aardman Animations suggests that there's plenty of life in the traditional DSLR format yet...

Still cameras play some niche roles in video making. Timelapse and Hyperlapse are really nature's version of stop-motion animation. And then there's animation itself. Digital still cameras are perfect for this: they have easily enough resolution, and they have large sensors for cinematic-looking pictures.

It's hard work for the cameras, though. With 24 or 25 shots needed per second of film, you can easily take nearly 100,000 shots per hour of material.

So it's less surprising than it might seem at first to learn that Aardman Animation - creators of the Wallace and Gromit characters - have just placed a massive order for Canon EOS-1D X DSLRs - forty in all, with a total value of around £180,000. (Advertised prices for the EOS-1D X vary wildly.)

I think this tells us two things. First, the quality of digital still pictures these days is so good that they easily surpass the standard required for cinema projection.

Second, The EOS-1D X is a costly professional still camera that is built like a tank. That extra robustness and longevity is exactly what's needed in an intense environment like stop motion animation.

The EOS-1D X is not exactly a camera at the very beginning of its life cycle - there are already rumours of a replacement. But for Aardman, that's clearly not the point.

Aardman's Tom Barnes, technical director and post production supervisor at Aardman confirmed that "the main reason to purchase the EOS-1D X was the extraordinary quality and reliability".

This is, of course, a great endorsement for Canon, but it does show that the while the days of the DSLR may be numbered, moving-mirror cameras still have their place.