Video quality: it's all in the detail 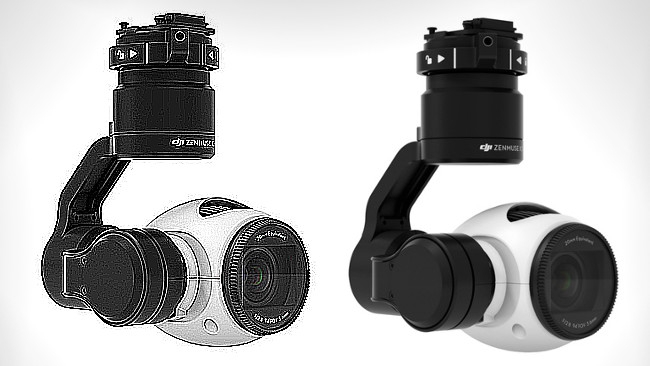 Replay: Simon Wyndham examines the details of 'detail', why some are so enamoured of that extra-crispy look and why other times 'soft' is just right.

How often have you come across an online discussion about video cameras and found two people arguing about sharpness? Recently, I have seen number of these discussions pertaining to the new X5 camera (at the time of original publication) from DJI. There have even been a few comparisons on YouTube with many people preferring the older X3 because, apparently, it looks sharper.

And there, my square-eyed friends, lies two big problems. The first, obviously, is the idea of trying to come to a subjective conclusion about the capability of a camera from viewing highly-compressed YouTube footage. This would be bad enough, if not for the fact that we usually don't even know what workflow produced the footage.

The next big problem is that many people seem to be misunderstanding what they are seeing when they see "sharpness". I have had this problem in discussions before when I have dialed down the detail settings in my cameras. I have been told by a couple of people that the footage looks soft and no amount of persuasion seems to be able to convince them otherwise!

You see, if they are used to having the detail setting on their camera ramped up or left at the default settings, then I can see why they might think that footage set to something less might look soft. Let me clarify something: it isn't!

I prefer the term 'natural'. When you leave those detail settings on or you haven't set them up with any degree of objective testing or accuracy, then all you are doing is, in effect, getting the camera to draw crude cartoon lines around objects. It is a fake detail and, to my mind, such processing introduces artefacts that are as bad as those resulting from over compression. In fact, using such settings on cameras with low bitrates eats up compression bandwidth, too. Not only are you making details much harsher, but you are also enhancing any noise in the picture. Is noise something that you want to emphasise? I didn't think so!

I will concede that on more advanced cameras detail can be controlled very accurately by having the ability to set the thresholds at which detail enhancement takes place. It is settings such as these that allowed Alan Roberts to pioneer his filmlook settings for high definition cameras, such as the F900. He could ensure that the noise floor, low and mid frequency detail was pretty much left alone, while boosting high frequency detail, emulating the way that film handles such things.

After a time, as cameras progressed, he recommended turning the detail settings off altogether for a much more natural look and, in some cases, even recommended setting them into the negative, softening the picture.

Why would he do this? Well, as cameras became better, they managed to produce high enough natural resolution and detail reproduction that they did not need any additional help. In the days of standard definition cameras often needed some form of detail boost, but once HD came along there was far less need for it. The PMW-EX3 was astounding at its price range, for example, because it could happily reproduce a full 1000 lines of resolution – about as good as an HD camera can get. The EX3 simply did not need the detail circuits on. Yet, manufacturers turned such functions on and set quite high, even at the neutral '0' setting, by default. Some people persisted with such settings saying that they thought the picture looked soft if they turned them off or reduced them. In the minds of many DP's though, today's cameras are simply far too sharp. It just isn't a nice cinematic look and it doesn't play well with actors.

With 4K, there is even less need for cameras to require any extra help in capturing detail. If you shoot raw, for one thing, the camera will never add in any artificial detail enhancement anyway. It is ironic that many people like to dial in harsh detail into their compressed footage while simultaneously applauding the look of raw, which doesn't add any! So, going back to the DJI cameras for a moment, why do some people then view natural detail as looking soft?

Personally, I think that it is conditioning. To me, when I see digital detail enhancement, it is like seeing a defect in the picture and it looks cheap. To others who have grown up with the sharp 'video look', they want to keep things that way. If they really looked at the picture, they would find that far from lacking detail, turning the detail enhancement off (or at least dialing it down considerably), resolves a much more natural, film-like image. Detail isn't as in your face; it is still there, it is just more subtle.

On a camera such as the DJI X3, you would probably be better off dialing the detail right down, to make things easier on the compressor, and then dial it back in again in post when you have much more control.

When it comes to the online comparisons between the X3 and the X5, it isn't that the X3 is sharper, it is just that, by default, it is set with the detail enhancement set quite high in comparison to the much more subtle X5.

So, the next time you see footage from a new camera and think that it is soft, take the time to eliminate all the variables such as poor focus, cheap lenses, workflow etc. In addition, consider how the camera is set up. Until you know this or you can try the camera yourself, it is impossible to make a subjective judgment and it is certainly impossible to make such a judgment from looking at YouTube footage.