A7S II: How Sony improved on its killer low-light camera 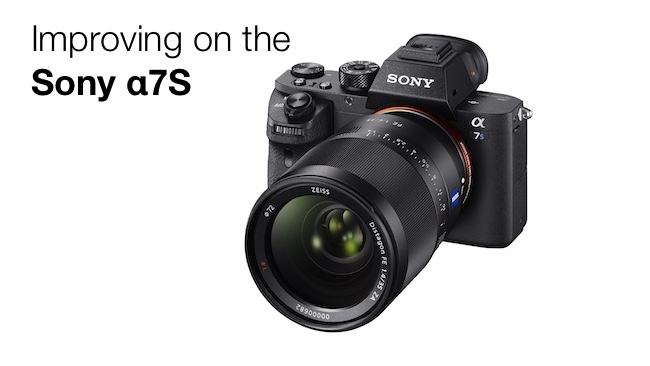 Our Technical Editor ruminates on what the original Sony a7S brought to the table and how the new version improves on an already-great camera.

We immediately liked the Sony A7S when it was first released. There are a lot of hybrid stills and video cameras around and, in a practical sense, they're differentiated mainly in terms of lens mount, sensor size and recording format. The original A7S is unusual because it is immediately, noticeably and undeniably clear that it makes pretty pictures. This is presumably because Sony sensibly chose to build a sensor that's actually fairly low in resolution, at least compared to other stills cameras. The advantage of that is the comparatively large pixels because, quite simply, the bigger the pixels, the more likely it is that photons will land on them, enhancing sensitivity. Bigger pixels can also hold more electrons, enhancing dynamic range.

So, bigger pixels are arguably more important than numerous pixels, but many companies find big numbers easier to sell than the more murkily-defined category of prettiness. People sell a lot of cameras on the basis of bigger numbers on the spec sheet. It's more daring to engineer a twelve-megapixel sensor and try to promote the nicer pictures and Sony should be congratulated for doing so. The popularity of the A7S is, hopefully, an indication that the world is losing its unhealthy obsession with sheer megapixel count. All this is true even before we consider the conveniences of selectable active sensor area and a shallow lens mount that's readily adapted to other things.

As with anything, there were concerns - principally, the lack of onboard 4K recording was a bit of a pity. Also, the SLog2 luminance encoding was quite aggressive, although everything comes back quite normally with appropriate lookup tables.

Both of these things are addressed in the newly revised A7S II, which offers onboard 4K recording, as well as SLog3 encoding and the SGamut3 Cine colour mode, as found on things like F5 and F55. Throw away your ND filters (or at least some of them) because the new mode operates at 1600 ISO, rather than the fixed 3200 ISO of the original camera's high dynamic range modes.

From an engineering perspective, the requirement for high sensitivity to liberate high dynamic range does make sense, although it can be a bit of a pain in practice. Theoretically, it ought to be possible to build a camera that will operate with almost any reasonable colorimetry at almost any reasonable sensitivity. But it's difficult to produce mathematics to make the required picture processing changes automatically, resulting in a lot of custom lookup tables to develop and store, so it's a reasonable compromise.

The new A7S doesn't make the old one obsolete. In my opinion this is very much an incremental change and external recorders will more-than-likely outdo the onboard recording. Nevertheless, the new features are much-requested and technically very sensible. One day, we'll be able to have all of this in a camera with a global shutter, but until that time, the A7S M2 is a solid upgrade to one of the best stills-video hybrids to come out of the development storm of recent years.