Was the DSLR revolution worth it? 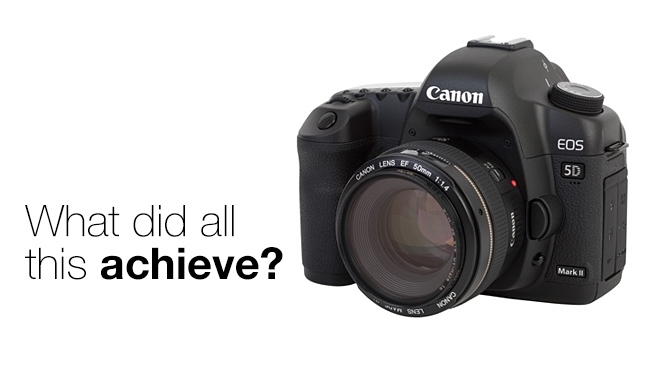 Replay: Was the DSLR revolution actually good for the industry? And has its decline reaffirmed the advantages larger camera manufacturers have over the upstarts?

In the wake of the DSLR revolution, something curious occurred: namely, the rise of a cinematographic cottage industry. If you want to build a rig for your camera, you have a choice of buying parts from literally dozens of companies across the world. From China and India at the low end to Holland, Germany, USA and Canada at the high end, everyone seems to want to make bits to add on to your camera. Interestingly, some of these companies had their roots in another (and almost forgotten) cottage industry: depth-of-field convertors - a good example of manufacturers caught napping in the face of a market for  a product (the large sensor camera) that didn't actually exist yet.

This largely, of course, grew up from using a mass produced product (a stills camera) for something it was never intended for (making movies), but it could also blamed on a lack of design insight by a lot of mainstream manufacturers. For instance, if video cameras had built-in the sort of codecs broadcasters and producers actually needed, there would never have been a market for add-on video recorders.

The DSLR revolution also popularized the modular camera kit: lens and camera, recorder, monitor, and battery, pieced together with 15mm rods. Although there maybe something appealing in these macho half Meccano/half military construction kits, as I have suggested before, this is a backward step in camera design.

Alongside camera modularity, there was another development: the rise of generic, commodified components and CNC machining. As David Shapton suggested in a previous article, it would be quite feasible today to build a camera from off-the-shelf parts. We are now in a world where back-room hardware manufacturers like AJA and BlackMagic can jump straight into the world of broadcast-quality camera manufacturing that would have been unthinkable a few years ago.

Maybe it is not quite as easy as it seems; the history of the Red camera shows that, while thinking outside the box is a wonderful thing, it can't quite compete with a company like Arri who has been beavering away inside that box for rather a long time. You could hear the collective sigh of relief from camera assistants when the Alexa came on the scene (a hire company claimed when the Alexa arrived that, despite appearances, it actually worked out cheaper to hire than the Red because you don't need a DIT to make it work).

Although it's always great to see crowdfunded projects like the Digital Bolex and the Apertus, there's another problem here; the DSLR revolution and the trends that followed it depended on one key feature: mass produced, good quality stills lenses.

Traditional manufacturers like Sony and Panasonic have one great card up their sleeves: they are big enough to build lenses. The forthcoming Panasonic 4K DVX-200, at around £3000, comes with a  built-in 13-to-1 Leica zoom lens. There is nothing remotely like that Leica in the price range that you could put on, say, a BlackMagic camera - not even at twice the price. The revolution a decade or so ago in handheld DV cameras - Sony's run of success with the VX1000, PD150 and the Z series - could not have happened without in-house designed zoom lenses.

As I've said here a few times before, I'm a fan of the zoom lens. Actually, lets call it a 'variable focal-length lens' (I do as little zooming in-shot as possible). There is a tendency to call video cameras with zoom lenses ‘run and gun' cameras; I object to this phrase, as it implies that this is some jerky sub-set of documentary associated with news reporting. I'd like to turn it around; if you've got time to change lenses, you're not really making a documentary (even the clockwork Bolex had a turret).

Then, there's the issue of sensors. It's becoming increasingly apparent that the big guns like Sony, Arri, Canon and Panasonic have a crucial advantage in being able to develop their own sensors and this gives them a huge advantage over newcomers like BlackMagic and AJA. Sony may never achieve the market dominance it had in the days of DigiBeta (a format exclusive to Sony), but Sony seems to be rising again in prominence, with Panasonic following closely behind.

Politically, I love the idea of open-source crowdfunded projects, but I fear creating a truly great video camera this way is as likely as a crowdfunded automobile or a modular violin.