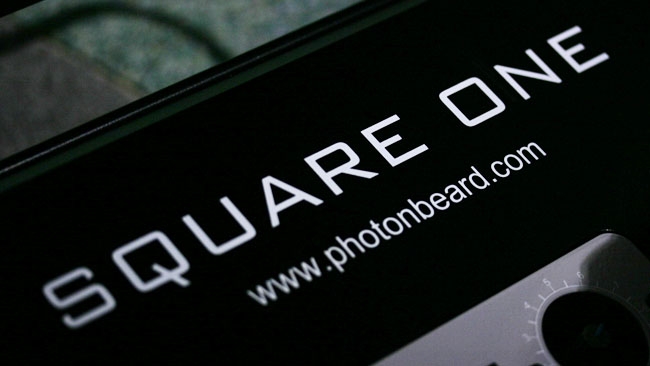 Square One by Photon Beard

Phil Rhodes reviews the Square One, a fluorescent 'panel' from Photon Beard that holds some distinct advantages over comparable LED units.

Having surveyed a trade show or the industry press, creatures from another planet would probably assume that the only way to light anything at the moment is with LEDs. Photon Beard has other ideas. 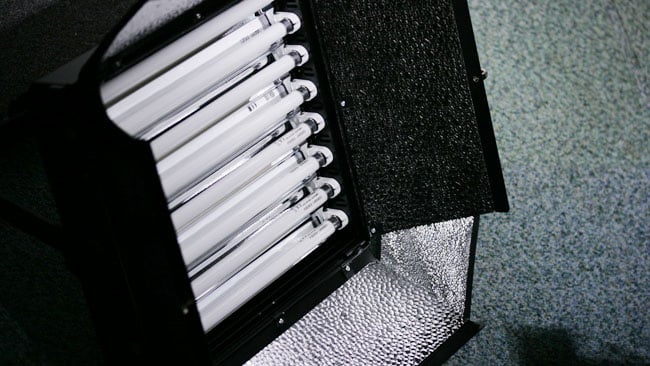 Photon Beard's Square One fluorescent panel is not a new product, but one that we've cruelly overlooked to date despite the good thinking involved in its design. The term 'panel' is relative, of course; it's made up of eight 8-watt fluorescent tubes in the same way that LED panels of comparable performance are made up of dozens or hundreds of individual devices. There are advantages to this approach, not least of which is the avoidance of legal entanglements: the common arrangement of an array of LEDs is, for some deeply unfathomable reason, protected by patent, whereas an array of fluorescent tubes is apparently not.

As to the performance of the device, it's important to keep in mind that fluorescent tubes are currently about as efficient as LEDs, with the difference really in the details of the control electronics. The Square One, with a nominal output of 64 watts, is therefore a little more powerful than even the most recent Litepanels Astra 1x1 EP, which is specified at 56 watts.

Importantly, the Square One is also about two thirds the price.

While the comparison between foot-square panel-style lighting devices is inevitable, though, it's also a little difficult because fluorescent tubes aren't really intended to do the same thing as LEDs. In general, the throw from a fluorescent lamp will be less specular and directional. The utility of these characteristics naturally depends entirely on the circumstances, but may be more appropriate for close-up beauty shots and ENG; ultimately, the much larger single source size should help skin. Certainly, the segmented-shadow issue of LEDs is greatly reduced in the vertical and completely absent in the horizontal. While the eight-tube configuration can create some degree of staggered shadowing in one axis, the Square One's reflector design minimises it greatly and it is far softer and much less objectionable than some LEDs.

In order to provide a degree of directionality, Photon Beard supplies the Square One with a Snap Grid, custom created to fit by DoP Choice, which pops instantly into shape with the appropriate sound. 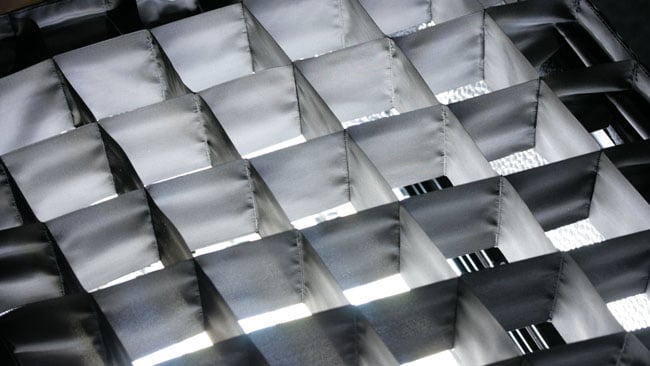 Naturally, there are losses intrinsic to any sort of eggbox, but the Square One's healthy output means the result remains useful. The barn doors are internally coated in a pebbled reflector, which some might choose to cover, as it can cause odd lateral light leaks, but only in certain specific configurations. Filter clips are provided on the exterior of the barn doors and they fold flat, protecting the tubes for transport, while a quick-release mechanism allows the barn doors to be easily removed.

One thing that fluorescent does not do as well as LED is dimming; all fluorescent tubes go purple when dimmed. The Square One does offer some degree of electronic dimming and Photon Beard has sensibly limited this to the range where practically no colour shift is visible. 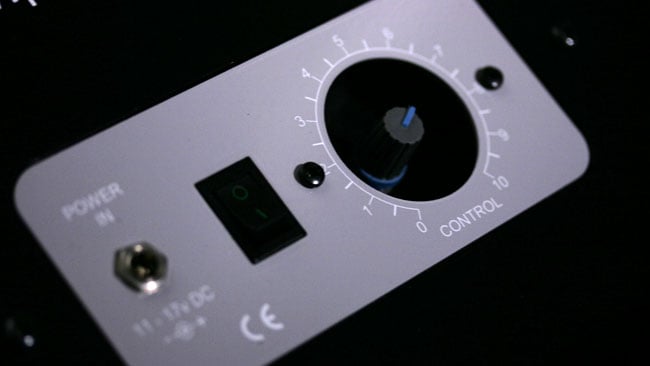 The barn doors, which can be used in the horizontal without fear of creating segmented shadows, are another way to reduce light output. Of course, it's possible to remove tubes and achieve clean dimming in steps of 25% (since the tubes operate in pairs). 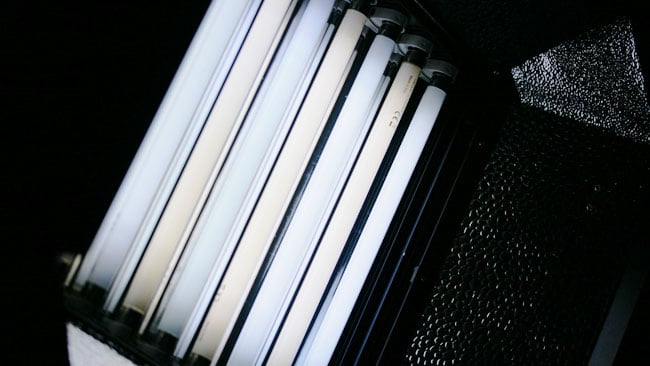 Likewise, tubes of different colour temperatures may be used and there's the option to mix dissimilar tubes to match difficult light sources, at some risk of creating colour fringing in shadows. This mix and match option is particularly relevant to the sort of documentary and news jobs where the Square One is most likely to see service.

Power input is 11 to 17 volts on a coaxial DC connector. We complained about this on Photon Beard's LED Redhead and it seems no less inappropriate here; a latching connector would be greatly preferred and a four-pin XLR is the standard approach with the greatest compatibility with extant equipment. Even so, the wide voltage range is reassuring – even four-series-cell lithium ion packs, such as those sold as 14.4V, won't often exceed 17V under load. The company supplies a 12V mains power supply made by Meanwell that is among the best choices for off-the-shelf power supply options. One nice detail is the supplied mains lead, which looks hand-built, is the polar opposite of those low-cost types that arrive crammed in a compact package and are maddeningly difficult to coil tidily.

Photon Beard is clearly not chasing the super-mobile market, because the Square One is no featherweight. This will be especially apparent to people used to cheap imitation LED lights and it's a choice over durability versus portability. The case and yoke are metal, making for a tough and dependable construction, but one that won't necessarily be toted up too many mountains in the backpacks of enthusiastic natural history documentarians. The wheeled soft case is a nice touch, with room to store another eight tubes (in an alternate colour temperature, presumably) using neatly-cut foam inserts.

The tubes themselves are Osram's Lumilux type and currently run under £10 apiece. One advantage of the approach is that eight-watt T5 fluorescent lamps have been common for a while and outlandish options in blacklight and bright colours are available. Using a green-emitting fluorescent tube to illuminate a greenscreen, for instance, is a vastly more power-efficient approach even than filtering a white tube and can improve the quality of the resulting composite.

If there's any great concern about the Square One, it's that bulk; there might be room in the market for a cut-down sports version with Kino-Flo style ball mounting and a case made out of something other than chunks of metal (ABS? Carbon fibre?), but it's important keep in mind the benefits of durability. Overall, it's a product that makes a lot of sense. Fluorescent light is much more developed than LED and, as such, the Square One should avoid the colorimetry problems that continue to dog LED-based options for now.