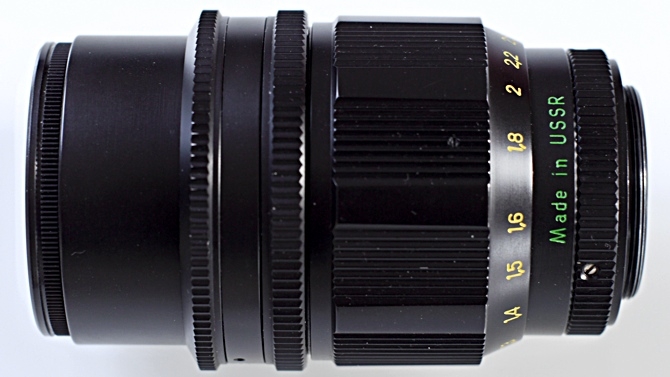 Redshark Replay: Here's another chance to read part 2 of this beautifully detailed article on selecting a vintage lens for your large-sensor camera

Part 1 of this article is here

What To Look For

Minolta SR lenses (both MC and MD series - they fit the same bayonet) are not compatible with the newer AF mount, which Sony is still using after they bought Konica-Minolta. But you can get cheap mechanical adapters easily and these lenses are still underrated, so you can get very good lenses at reasonable prices from photographic sources on Craigslist or KEH and on Ebay. Their build quality is excellent, and if they haven't been ill-treated these lenses will show a very smooth focus even after 40 years or more. Some say the older MC series has slightly weaker coating than the later MD series, but I found it difficult to notice much of a difference. The biggest advantage is their consistency in colour rendering over the whole range, which is rare in other lenses. Minolta was one of the few manufacturers of quality optics who had their own plant for making specialty glass, and they obviously made good use of it.

Minolta made a very wide range of lenses, including some expensive professional devices like the 35mm shift lens and the 24mm VFC (Variable Field Curvature) for architecture or the 85mm Varisoft lens for portrayal. These are sought after and their low production numbers accordingly lead to high prices. But some very good and fast 50mm lenses like the 1.4 PG, the 50 and 100mm macros, the 100mm 2.5 or the 135mm 2.8 are still cheap and very usable. Lenses with legendary bokeh (more on that later) are the 35mm 1.8 and the 58mm 1.2, but these are not really cheap, while the 58mm 1.4 comes very close and can still be found for a good price. They also made a very good zoom 35-70mm with constant 1:3.5 which comes very close to primes in quality and was adapted by Leica under their own name – one of the very few classic zooms I consider truly useable for filming. I consider Minolta lenses an insider's tip, and I'm not alone – check outrokkorfiles.com.

Nikon F (non Ai) and Canon FD (non EOS) are great Japanese manual lenses too, but in comparison much more popular and the prices for used lenses are usually much higher without being necessarily superior in quality. A particular drawback of Nikon lenses is their reverse focusing. You'll need to stick to Nikon only or get a follow focus that can be reversed – otherwise it will drive you nuts to focus manually after switching between lenses. Some third-party offers can be great too, but the variation over the whole line of all the Vivitars, Sigmas, Tokinas or Tamrons out there is greater than with the proprietary lenses. One outstanding macro to mention is the 90mm 1:2.5 Tamron SP: check out how expensive even rental for a true cine macro would be! Another great one is the Tokina 90mm 1:2.5 Macro, lovingly also called "Bokina". Pentax K mount and M42 lenses can be quite good as well: some of their “Takumars” are real gems and still a bit cheaper than Canon or Nikon. But speaking of M42 (and M39), good lenses didn't come out of Japan only. While modern Zeiss lenses from Germany are really expensive (even second-hand), you shouldn't count out the former communist block - they knew how to make good optics too.

Lens making in the USSR

After the end of WW II, the USSR took optical formulas, glass and machinery from Zeiss for reparation and developed its own line of lenses from that starting point – with remarkable results. Even during the era of deep anti-communism in the West, they won Grand Prizes for some of their lenses during the World Expo 1958 in Brussels. Their Helios, Jupiter, Mir and Tair lenses were produced for decades, and some are still in production. Their large numbers and comparitively lesser reputation result in very low prices on the second-hand market, even though their optical quality can be remarkably good. Unfortunately production control was not that great, so you may have to try out a few samples until satisfied. In the first years after the collapse of the Soviet Union the quality dropped massively for a while, so beware of the early nineties – the first two numbers of the serial number normally indicate the year of production. While the optical quality from the earlier years can be outstanding, their coatings were not always up to it – some may flare badly. They also had obvious difficulties with lubricants, where older lenses may need some cleaning of the focus threads because of hardened grease on the aperture blades from oil spill. This will apply to some Zeiss lenses from Eastern Germany too, where production continued after the war. But these lenses are more expensive, maybe just because of the name, and they have similar fluctuations in manufacturing quality.

One strength of Russian lenses is their different system of aperture control. The don't use a lever to stop the aperture down for the shoot, but most of their lenses have two rings instead. One has clickable stops to limit the aperture, the other ring closes the aperture gradually down when turned. Consequently, you can set the first ring to the smallest aperture you'll need and then smoothly adapt to changing light while shooting without the need for declicking like in Japanese or German lenses. Most of their lenses have a large number of blades for the aperture, up to 20 on the Tair 11, so the out-of-focus highlights stay round when stopping down. In recent years they changed both of these features to the standards used in the rest of the world for many lenses, so try to get good samples from the earlier years. Some may consider the thread mounting a disadvantage, but adapters are so cheap that you can buy one for every lens and have it changed to bayonet mount that way. Believe me, some of these lenses are gems if you find a perfect sample – but many have been ruined by inadequate attempts to repair stuck focus threads or the like.

While some people keep their lenses so well they may look (and feel) like they are fresh from the store even after 40 years, others will show their age. This is OK as long as it applies to the exterior only – we want to shoot, not make a collection, right? But if the filter thread has got a severe dent, beware. Even if you want to use a matte box and don't care for the thread, such a lens may have got de-centered by a massive knock. The focus and aperture rings should turn smoothly without too much resistance and no changes in smoothness over the whole distance. There should be no oil on the aperture blades or they may get stuck – these are very delicate metal sheets. But most of these problems can be fixed by a good repair shop if the lens is worth it. Optically, you should see no scratches, no coating polished off by too much cleaning and no fungus inside. The latter looks like whitish fibres, worms or blotches which can be easily seen if a strong light is shining through the lens and you look at it from a low angle (careful with your eyes if the light is really strong!). Normally it's too much of an effort to clean such a lens, you can never know how much of the coating is gone.

To check resolution and spot a misaligned lens, get this file by Stephen Westin from Cornell University. Print it as large as possible on a good printer, or the print will not challenge a good lens. Put it under absolutely even lighting and point your camera exactly rectangular at it. Focus very carefully and shoot wide open plus one or two stops down. If you have a photographic camera for filming, use the much higher resolution of the photo mode to check lenses. All lenses will be a bit softer wide open and the corners may be softer than the center. But if you see differences between the four corners, the lens may have been damaged and some glass is out of alignment – If that’s the case then the lens is a lemon and normally not worth repairing. If it's fine, you may be surprised how good a well kept lens from 50 years ago can be. Go shooting with it, trust your eyes and find out if you like a lens. Most of these older lenses have a character of their own instead of the cold perfection of some modern, computer-optimised glass. Mind you, Minolta used computers in the Sixties to design lenses!

If you just see some dust particles inside the lens, cleaning might not even be necessary. All lenses with a massive change in length when zooming or focusing will inevitably suck air in and dust too, so they may need some cleaning if there is too much of it. But don't clean a lens for every little grain of dust – you'll never see that in the image and you’ll risk the coating with too much cleaning. One last thing to spot might be a yellow tint in some older lenses. This can either be an aged organic cement, called Canada balsam, used to glue lenses together before modern chemical glues were developed, or deterioration of some rare earth materials used in high-refraction glass. The latter are supposed to be radioactive since they contain traces of Thorium, a rare earth with weak alpha radiation. Radioactivity is nothing to worry about in this case - the radiation is so weak that it won't harm you. Since it's normally one of the inner lenses, you may not even be able to detect it with an instrument without opening the housing. Some of this yellow tint can be bleached away with strong UV, so you may try to leave them a few days in the sun or under a strong ultraviolet lamp. But if it's a lens you really like, it should not be too hard to correct for the tint in post anyway.
So, are you ready now to go and hunt for old but cinematic lenses?

Just in case you don’t find anything, let me give you two more options. While most modern AF lenses are not ideal for cinematic work with controlled depth-of-field, there are still a few manual ones made. The Korean manufacturer Samyang (also selling under other brands like Bower, Rokinon, Opteka or Walimex) makes a nice line of fast primes with fully manual focus and aperture. They may not compete with the big names, but their price/performance ratio is outstanding and they are successful enough to keep extending their line. We may need to keep an eye on SLR Magic from Hong Kong too, who didn’t really make very useful lenses until recently, but seem to have a nice 12mm 1:1.6 in production now and are planning more of their "Hyperprimes".
Ulrich Plank

Part 1 of this article is here