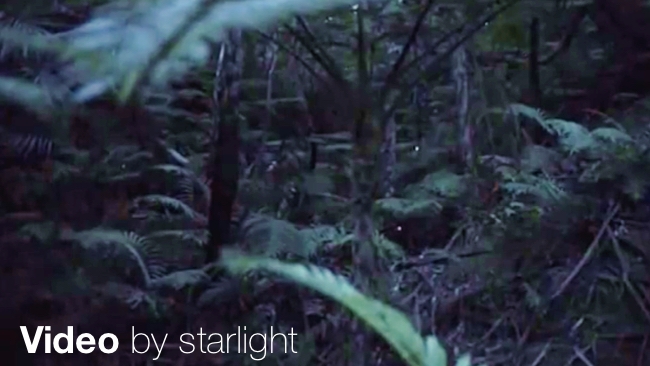 Here's some early footage from what we believe to be the sensor in Canon's new eye-wateringly sensitive full frame HD camera.

So, we've just published this article about Canon's surprise new hyper low-light camera. Just to remind you this is a minimalist camera with a maximum light sensitivity of over 4 million ISO. To put that in perspective: you can shoot in full colour HD in starlight with this thing.

And that's amazing, because, at such low levels of illumination (0.0005 lux) you kind of imagine you'd be sitting there wondering when the next photon was going to arrive.

But it seems to work much better than it has any right to.

In fact, the camera wasn't such a surprise after all, because we were reminded that we had seen the following footage a couple of years ago.

This is some video that was obtained with what we presume was an early version of this sensor - so you can't necessarily take it as representative of the kind of image you'll get with the finished device, but it does at least hint at what it's like to shoot in full colour by starlight. There are real colours in there, and the magical sight of fireflies.

When you realise you probably couldn't see your hand in front of your face in this level of illumination, it's pretty remarkable!