It's never been a better time to buy a documentary camera. But which one? 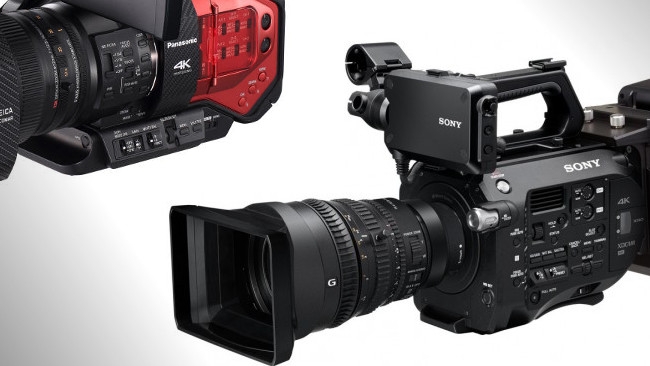 RedShark 12 Days of Christmas Replays: Guest writer, Wild Dog Limited’s Andrew Johnstone, is at a film gear crossroads - should he purchase his next documentary camera or stick with the 'old reliable'.

Some years ago, while living in France, I started running photography courses. I had worked for years as a freelance photojournalist, so teaching photography should be a breeze, surely? The spanner in the works was the digital photo camera. "You do know how these things work?" my wife asked me politely.

"Yes of course!" I blustered.

In truth, I had just about figured out how my own Nikon digital cameras worked, but as clients arrived with all manner of different appliances with their various button layouts and menu systems, I was forced to stop and think: "What am I actually teaching here?" It certainly did not feel like photography to me. Instead, I had become a sort of walking user manual, a task for which I was deeply unsuited.

But this conundrum was actually useful. It made me think carefully about what actually did interest me in a camera and why I had started to make films and take pictures in the first place. For me, a camera is a story machine, a means of communicating ideas about a particular subject. The most critical question we should all ask about any camera is not 'what can it do?' but 'what will it allow me to do?' and in all the various conversations about new gear, I think this thought is often overlooked.

The ease with which a camera will allow me to do my job, to tell stories, is therefore the most critical issue for me when working out what to buy. I am currently at a crossroads with my film gear. For my television work, I am constrained by the need to be able to deliver full HD, broadcast spec material (50mbps, 10 bit & 422 colour). I have no current need for 4k, but I am sure that this will come and certainly it makes sense to look for a 4k rig to future proof my purchase. Beyond this, my camera choice is entirely governed by my available budget and principally by how I work and the types of projects that I am commissioned to do, rather than by the fancy tricks that a camera would allow me to perform.

My current camera, a Panasonic HPX250, has served me brilliantly over the past four years. It was picked precisely because it best suited my needs as a 'self-shooting Producer-Director'. But technology has moved on and I need to look at making a change, but not because the HPX250 is no longer up to the job.

The temptation is to simply jump right in the Sony FS7 deep-end. The FS7 seems to be the new camera of choice for many documentary filmmakers, replacing the previous in-vogue camera, the Canon c300. But will the Sony FS7 deliver what I need?

The most important physical criteria of any gear for me these days is that I should be able to fit an entire kit into a flight-legal rucksack. Fifteen to twenty years ago, crews were bigger and airlines were less fussy about baggage. These days, as well all know, the airlines will barely allow you on board fully clothed, so lugging masses of kit around on foreign shoots is not only hugely expensive, but also pretty much impossible – especially as some airlines now impose restrictions on flying with Lithium ion batteries in the hold. Given that I do not have the luxury of being able to afford a different rig for each day of the week, any kit I buy needs to be flight-friendly.

Oddly, my most important technical criteria when picking a camera for documentary work (beyond the broadcast picture spec) is audio capability. My mantra is that documentary film is essentially 'radio with pictures', so high quality audio is critical. My Panasonic does a great job, delivering four channels of audio, two of which are set to record with auto-levels – my "get out of jail free" card so often in the edit. However, here's a word of warning: shooting without a sound person may be very lightweight-crewy and nimble, but it does compromise audio quality in the field.

Over and above the camera's ability to deliver full HD broadcast standard images, the built in pro-audio specs of handheld camcorders like the HPX250 or Canon's xf300 made them sensible choices for observational documentary over the Frankenstein DSLR rigs that started appearing 4-or-5 years ago, with their bolt on audio adaptors and mic rigs. However, most of the recent 'cinematic camcorder' offerings from the manufacturers have resolved these audio issues very adequately.

The second most crucial technical aspect when assessing a camera has to be the lens. I cut my teeth on documentary working on Canon J14 zoom lenses on Sony 400 Beta-sp camcorders in the 1990s and, for all the stunning gorgeousness that a set of cinema primes offers you, nothing replaces a zoom lens with a decent focal range for most documentary work. The J14 was a cracker and even better when the servo zoom was switched off. I learned very early on that reframing a J14 manually was much faster and much more accurate than reframing using the zoom, plus it had the added benefit of saving battery life.

The fad for DSLR shooting has been hugely influential and it has introduced a methodology and look more akin to old-fashioned filmmaking than that of 'modern video'. But the compromise that this brings is to the cameraman's speed of operation and shot flexibility. I have shot with fixed primes, but I always find myself hankering after a fast manual zoom lens that will allow me to cover a scene and shoot a complete sequence in a matter of moments, rather then fumbling about trying to change lenses. With this in mind, the fully manual operating option on my Panasonic HPX250 is not something that I am keen to sacrifice any time soon.

When the Sony FS7 came out, I put in an order for one, hoping that the stock lens would provide the last piece in the cinematic camcorder jigsaw puzzle. However, when I tried the camera out at an industry event, I was scared off by the sluggish response from the powered lens when reframing manually. My first thought was "I'll miss too much content with this lens." Panasonic's decision to stick with a fixed zoom lens that offers full manual operation on the new DVX200 is very attractive.

My final criteria is ergonomics. Clearly having everything in one package, makes the most sense. The designers of the Sony FS7 have clearly addressed this issue in a way that Canon have failed to do with the C300 Mk2. Sony addresses many of the issues that filmmakers have grumbled about for some time, offering a compromise between easy handheld and shoulder-mounted operation – a move that Blackmagic's Ursa Mini has also addressed with a similar design.

Although manufacturers seem to offer some key solutions I am looking for in a new camera in their 2015 offerings, not one of the manufacturers seems to have hit the nail squarely on the head and solved all three problems in one package. So, I am left with a conundrum. Do I hang on to my existing gear and "shoot it into the ground" and, with that, lose what residual part-exchange value it currently retains? Or do I choose to compromise on one of the three criteria that I feel are critical for a good story machine?

Andrew Johnstone is a filmmaker and photojournalist based in Devon, UK. Andrew runs his own production company, Wild Dog Limited, and has shot assignments all over the world in the last 25 years for a wide range of media clients. His most recent film on Fracking in the USA is available through Journeyman Pictures.