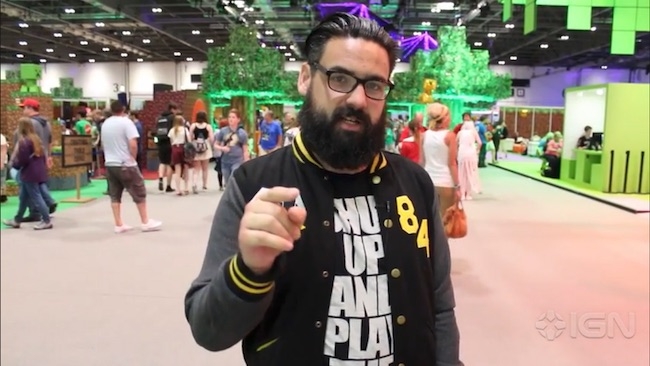 One of the implications of a generation being raised on YouTube and the ubiquity of internet video is that it is increasingly important to offer video content yourself. And that means a degree of investment.

While we appreciate the irony of writing about this subject rather than producing a video about it, we were drawn to a recent case study that NewTek put out regarding self-confessed geek website IGN.com and the fact that video is becoming core to its coverage of pretty much everything from Avengers to Zelda.

“Video within the games industry is really interesting - the bigger outlets are producing great high quality content, and then you’ve got the YouTube generation who are growing up with access to cheap camera gear,” pointed out Rich Bearpark, video producer. “These guys are making game-play clips and commentaries, and collaborating with each other on YouTube – it’s not great quality but it’s getting millions of views and generating huge ad revenues, and we need to compete with that. Our production values are far higher, and alongside that, the way that we frame and contextualise what we’re talking about is what sets our content apart.”

It seems that IGN’s UK operation started creating videos about three years ago; they began with a single camera and light, and the team had to share space so the equipment had to be packed away after every shoot. An opportunity to improve that less-than-ideal situation arose when IGN moved to a larger office and they’re now at the point where they create and upload 8-10 videos every day with a three-strong video production team

The team looks like it makes clever use of limited studio space, dividing it into three distinct areas: a set for stand-up conversations, a sofa area for interviews, and a big greenscreen area used mainly for live keying. The studio has two cameras - a Canon XF300 and a Canon XF305 – and an Ianiro Florescent lighting rig, with an adjacent gallery housing a TriCaster 460 running 465 software and control surface, and a separate Yamaha MG166-c audio mixer.

IGN ays it needs to be first with the news and to have it look professional — a requirement that requires both kit and talent. “We use the TriCaster to live-key the presenter into a background shot of the office. Our presenter, Rory, can do the whole thing himself – write the script, self-shoot, edit and upload – so that a video of a breaking news story is online within 30 minutes of us receiving it. We couldn’t do this without the TriCaster,” says Bearpark.

The team is experimenting further, looking at live streaming on the one hand and longer documentary style video on the other, all the while able to monitor exactly how well their efforts are going down on a variety of platforms. The result is that views have increased significantly month on month over the last three years and - and this is why video on the internet is becoming quite so ubiquitous - that in turn has enabled IGN to generate more ad revenues.

“When I have an idea for a story, I now think, ‘would this work better as a written piece or as a video?’ Having these facilities on hand has entirely changed the way I view my job,” says Daniel Krupa, IGN games editor. “People regard video as this alien medium that you should outsource but it’s something you should really do in-house, especially if you’re an editorially driven website - you should have your voice. Video isn’t something to be scared of, it’s something to embrace.”

What do you think? Do editorially-driven websites moving into video threaten the industry? Or does the explosion of demand mean that there is more than enough work to go round? And should we be producing more video ourselves on RedShark? Let us know in the comments.