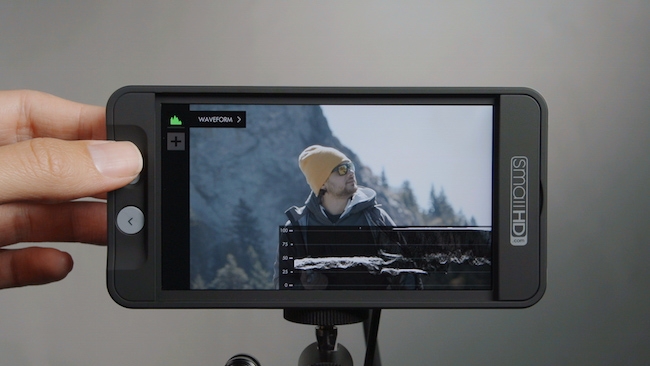 The new features start with Image Capture of up to 1080p raw images from the live camera feed, while Image Overlay lets users load any JPEG — including an image capture — from the SD card and display it at varying opacity levels over the live camera feed. This is a nice way to provide an instant comparison between two shots and can be a Godsend for continuity.

Canon DSLR Scale enables the entire screen to be filled with the image when using Canon DSLRs, an Auto Image Flip function automatically orients images right-side-up even when the monitor is mounted up-side-down, and wide screen shooters will probably appreciate the Anamorphic De-squeeze that displays a normal image even when shooting with anamorphic lenses.

There’s also now access to the Display Calibration LUT within each monitor, allowing the user to replace the factory-generated Rec.709 color calibration with another 3D LUT.

The update is available now from the SmallHD website.