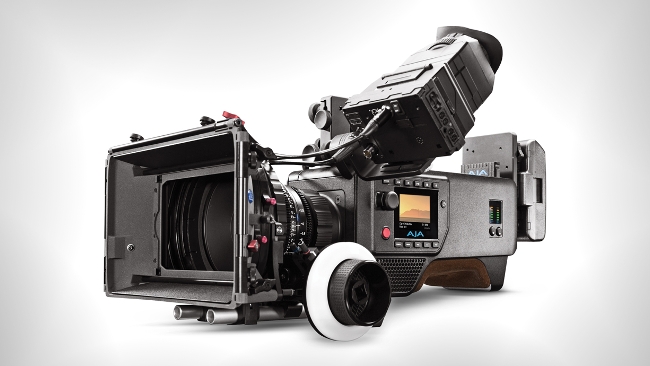 AJA has kicked off its 'Summer of Savings' promotion by slashing product prices, most notably the AJA CION 4K camera, which is $4000 cheaper than it was last week.

If NAB 2015 taught us anything, it's that the competition in the camera market is incredibly intense, with Blackmagic once again putting pressure on its rivals with the introduction of the 4.6K sensor URSA and the forthcoming URSA Mini and mainstays like Canon and Sony showing off the C300 Mark II and the FS7, respectively. AJA, which could be accused of stealing the show at NAB 2014 with the surprise introduction of the CION 4K camera, didn't debut a new camera at this year's NAB, but instead touted a program which put CIONs into the hands of cinematographers to show the imager's true capabilities.

In keeping with the theme of putting the CION into the hands of more shooters, AJA has just launched a promotion that drastically reduces the price of the camera, along with other products. From the press release:

AJA Video Systems today launched the Summer of Savings promotion, reducing pricing for the CION production camera, Ki Pro Quad, Ki Pro Mini and Ki Pro recorders. The price for CION is now $4995 US MSRP, which reflects a $4000 price reduction. Ki Pro Quad is now $2995 US MSRP, Ki Pro Mini is $1495 US MSRP, Ki Pro is $2495 US MSRP, and Ki Pro ND is $2295 US MSRP. AJA customers who purchased the CION production camera before May 26, 2015 will receive two AJA Pak 512 SSDs for free, directly from AJA (valued at $2495 MSRP).

These prices will remain in effect "through the end of summer 2015," so you have the next three-or-so months to purchase the CION for $4000 below list.

Perhaps this pricing strategy is a preemptive strike against the upcoming release of the URSA Mini (as well as URSAs with the 4.6K sensor). Or perhaps AJA is paving the way for a new camera to be announced in the fall. Of course, at this point, all of this is just speculation. But keep checking back with us as we're sure to fill out this story with more details as they become available.

For more information about the AJA's Summer of Savings promotion, check out the full press release on Page Two!

CION already offers so much in terms of cinematic image quality, functionality, workflow flexibility, and with this new lower price were completely removing the barrier to entry for so many in the indie and commercial filmmaking market, said Nick Rashby, President, AJA Video Systems. Our Ki Pro products were the first to deliver hardware ProRes recording in a portable device, and this price promotion is designed to get this proven performance into even more customers hands.

AJA's "Summer of Savings" begins today through the end of summer 2015. Current CION owners can submit their request for the free Pak media drives to cionpromo@aja.com . For more information about AJA products please visit www.aja.com

About CION
Ergonomic and lightweight in design with unparalleled connectivity, the CION production camera is capable of shooting at 4K/UltraHD and 2K/HD resolutions. In-camera recording directly to the Apple ProRes family of codecs, including 12-bit ProRes 444, enables incredible image quality capture to cost-effective AJA Pak SSD media at up to 4K/60p, and offers compatibility with a wide range of post production applications. CION can also output AJA Raw at up to 4K 120 fps via 4x 3G-SDI or up to 4K 30 fps via Thunderbolt.

Ki Pro
Portable and tapeless, the Ki Pro records files directly from a camera in full raster edit-ready Apple ProRes 422 eliminating the process of re-rendering to an editing codec. It fits seamlessly into an edit bay or between a camera and tri-pod, records hours of media to a removable storage module with built-in FireWire 800 and facilitates on-set monitoring through multi-display access.

Ki Pro Mini
A smaller, lighter version of Ki Pro, the Ki Pro Mini captures native Apple ProRes 422 QuickTime files directly from the camera onto CF cards, which are formatted as HFS+ volumes that are instantly connected to a Mac via off-the-shelf card readers. With two CF card slots, Ki Pro Mini users can switch from one card to the next at the push of a button for non-stop, run-and-gun recording. Bridging production and post, Ki Pro Mini eliminates log and capture, and supports SDI & HDMI cameras. Its small form factor makes it easy to mount on a variety of digital cameras and accessories.

About AJA Video Systems, Inc.
Since 1993, AJA Video has been a leading manufacturer of video interface technologies, converters, digital video recording solutions and professional cameras, bringing high-quality, cost-effective products to the professional, broadcast and post-production markets. AJA products are designed and manufactured at our facilities in Grass Valley, California, and sold through an extensive sales channel of resellers and systems integrators around the world. For further information, please see our website at www.aja.com .