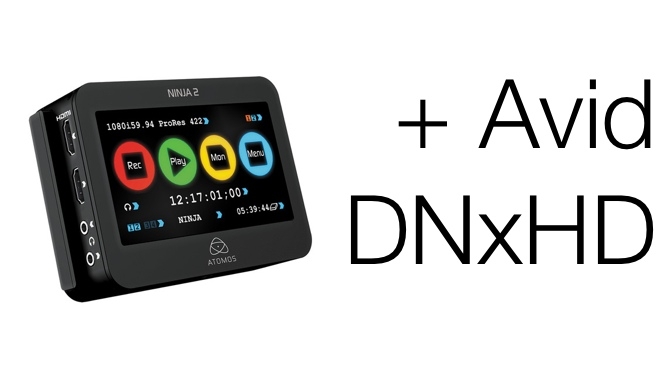 Atomos has finally released their Avid DNxHD upgrade for Ninja-2 field recorders. First hinted at over a year ago, the new firmware upgrade will allow direct capture from HDMI sources into the Avid format, which is usually lossless at higher bitrates

Even though some newer cameras include higher bitrate codecs, these are mostly still Long GOP, which means that although they don't need as much storage space, they are still processor intensive, limiting performance during editing. Recording to an edit-friendly codec like Avid DNxHD, while demanding more storage, will allow more streams to be played simultaneously, and more parallel effects during the editing process.

Avid DNxHD does have a significant advantage over Apple ProRes in that it is supported by most NLEs on the Windows platform, including Lightworks.  Apple ProRes support has always been more limited in comparison.

The new Atomos firmware also includes a Start/Stop trigger for the Canon C100 and 1Dx cameras, and a new audio offset adjustment feature to compensate for audio sync issues with some DSLR cameras.

Finally, the new firmware boosts compatibility with PCs and iPads, allowing video capture from these devices.