Sponsored Article: How can you please both content creators and stock footage users? 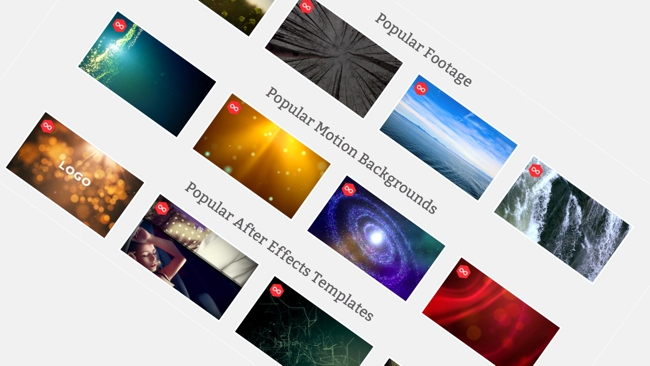 The stock footage market is booming, so there's never been a better time to be a creator and vendor of stylish, well-made content. And as a stock footage user  you've never had such a cost-effective choice.

For a consumer of stock footage the choice is incredible. But how do you make sure you have access to the best footage at a reasonable cost? How do you know there aren't hidden expenses that will chip away at your profits?

The new Marketplace from VideoBlocks is designed to work in harmony with creators and users of stock video by giving both the best possible deal.

Creators don't have to split costs with VideoBlocks: They get 100% of commissions from every sale. And users typically pay (an average of) $99 membership per year to entitle them to download anything from their unlimited library, and also at low prices from VideoBlocks' rapidly growing Marketplace.

In fact, according to Joel Holland, Founder and CEO of VideoBlocks, it's a bit like being an Amazon Prime member, where one simple annual payment gives you unlimited benefits.

The Marketplace library is a growing space. Since it was announced in late 2014 that content suppliers would receive 100% of commissions from every sale, more than 200,000 clips have been uploaded to the marketplace from 1000 different contributors across the world, in just three months.

The Members-only model keeps prices low, with average savings of $30 per HD clip and $100 for 4K clips.

And this is just the start. With a huge library of clips already available and growing quickly, there's no better way to find the clips you want at prices you can afford.

To find out more, go to www.Videoblocks.com.