On safari with DJI’s Inspire 1 UAV 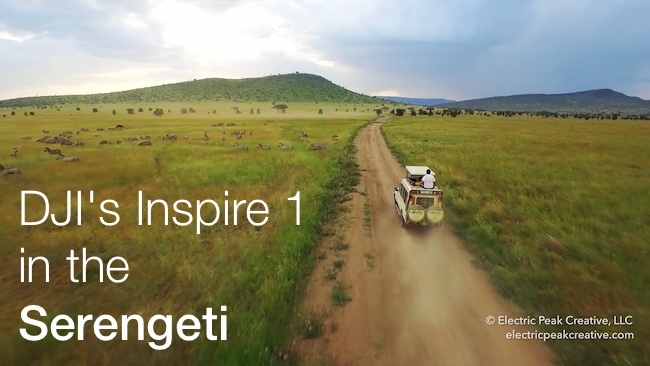 The recent proliferation of UAVs was always going to result in a lot of drone footage being uploaded to the video sharing sites. This latest showcase of footage from the DJI Inspire 1 though taken in the Serengeti is still breath-taking.

Just as the inclusion of ultra slow motion has resulted in an endless stream of “Slow motion shots of the beach with piano music” as one Hitler parody put it, so we can see a lot of test footage from various sources from their new UAV play things.

Who can blame them? Not I. Having the freedom to view the world from an aerial perspective on a whim is a marvellous thing to behold. Although there is a limit to how much dull overcast day footage one can take. And so it is that when footage reveals itself to be not only stunning in its scope, but of an interesting subject it forces me to sit up in my chair.

This marvellous collection of shots from Tanzania taken by Electric Peak Creative is a wonderful demonstration of the abilities of the DJI Inspire 1. If ever you had wanted to make your own version of the BBCs seminal Planet Earth series, technology may now finally help you realise that dream!