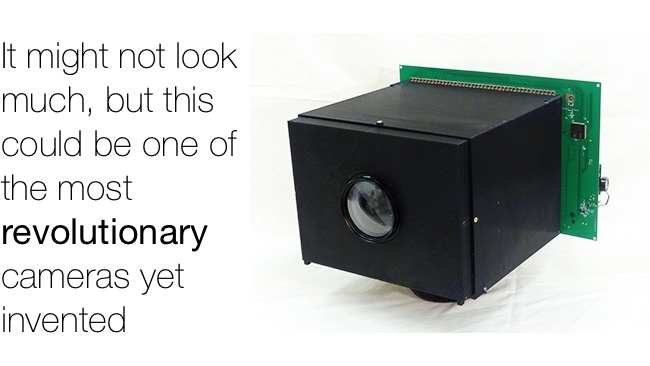 US scientists have made what could be an extremely important breakthrough in camera technology: a camera-sensor that powers itself.

Imagine if you didn’t have to carry around a bag load of brick sized batteries for your camcorder. It would be great, wouldn’t it, not to have to worry about power when out on a shoot. In remote areas a self powering camera would be, possibly, the best thing since sliced bread.

Scientists at the Computer Vision Laboratory at Columbia University, New York, have invented just such a device, and have posted up their early results.

Professor Shree Nayar, head of the project, realised that the components used to handle light in solar panels and the photodiodes used on camera sensors were practically the same thing.

The result of his research and development is a sensor grid made from off the shelf parts that combines the light gathering abilities of a camera with the power conversion abilities of solar panels. In simple terms a camera sensor that powers itself.

The first prototype is extremely low resolution, only managing a 30x40 pixel picture in black and white. However they have proven that the technology works, and they have even made a short film using the device.

Each pixel uses two transistors, making things very simple. Each image capture cycle involves the pixels first being used to record and read out the image, and then to store energy to charge the sensors power supply.

Clearly a lot of development is needed, and the question of what will power the rest of the camera’s circuits also needs to be answered, although Professor Shree has stated that his prototype goes to extremes to prove the idea that a sensor could power itself. In the real world the harvested power could be used to charge a rechargeable battery.

Having said that the impact that this could have may be huge. The sensor is one of the biggest consumers of power on a camcorder. If the sensor handled its own power that would leave the rest of the camera body to be powered by much smaller batteries.

Long term timelapse in remote locations would also be made much simpler. Transportation of cameras on airplanes would be made safer and more acceptable due to the much reduced reliance on Li-ion batteries.

Professor Shree is no stranger to invention in the world of cameras. His previous inventions include cameras that can capture 360 degree HDR images, as well as the Bigshot educational camera.

The results from his prototype 'Eternal' camera can be seen below.