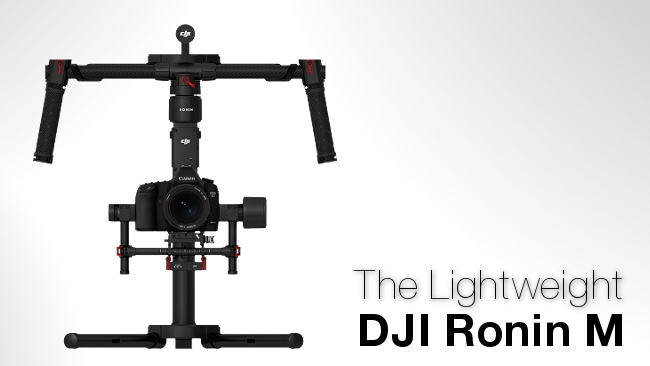 RedShark News contributor Kevin Luiz knows a thing or two about stabilizers. He previews DJI's Ronin M and explains why it may be a practical choice for shooters.

You have to tip your hat when a company actually listens to its user base and responds to underlining issues. The Ronin M is an embodiment of that exact scenario. In April of 2014, DJI launched its very first handheld gimbal, the Ronin. The beastly 9.26 lb unit was capable of carrying a 16 lb payload all at the affordable cost of $2,999 (originally). This was noteworthy because it was far more affordable than products capable of the same payload made by DJI's competitors.

As mentioned, however, there was one underling issue of weight. Anyone who has worked with the unit knows that handling the Ronin takes a physical toll on the user. Word traveled fast and a majority of professionals (including myself) opted to work with lighter weight units, despite the added benefits DJI was offering.

At the DJI's booth for NAB Show 2015, the company had on display a new product that was previously the stuff of rumors. Being a large supporter of DJI, I follow the company's development and heard rumblings about a lighter Ronin, so I wasn't that surprised when I found myself in front of the new Ronin M, but that changed when I picked up the unit. 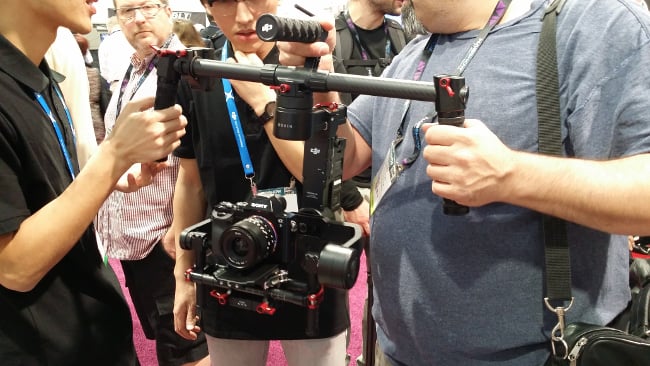 Instinctively, I prepped my arms and back to take the load, but here's the kicker…I didn't need to. The unit was super light! DJI has done something truly spectacular and has carried over the Ronin's design into a lighter weight, user-friendly unit.

The Ronin M comes in at a manageable 5.07 lbs down, from 9.26 lbs without a payload. There is a give and take to this unit, however, as the Ronin M can only support a suggested payload of up to 8 lbs. A DJI representative did share with me that they were able to mount a RED camera on the unit, but did not share with me which model and lens. I would speculate, given the known payload limit, this would have to be one of RED's carbon fiber bodies, but it is good to know that the unit will actually accommodate the dimensions.

All of the thumb adjusters and knobs seem to be in great working order for quick, in-the-field balancing and the Ronin M will also be supported by IOS and Android for software configurations. DJI's proprietary battery system is employed in the Ronin M and suggests over 6 hours of use (given the payload intensity).

Ergonomics and control seem to be a real key highlight of the Ronin M with some great additions. The unit is really built for quick assembly / disassembly and the cross bar handle has a new twist off feature that can be seen on DJI's product page. The Ronin M will feature all the modes you are accustomed to using, including Underslung, Upright and Briefcase Mode. Additionally, the Ronin M can now be paired with a thumb remote ($150) that will allow its operator full control of its pan and tilt functions. I placed my hands on the thumb remote while wielding the Ronin M and it felt responsive yet intuitive.

The great thing about the original Ronin was that it is a breeze to balance. Coming from a Defy g5, I found DJI's methods of balance are quicker and the Ronin M shares in this benefit. This is because the Ronin is using a sleek carbon fiber cross bar with thumb clamps instead of thumb screws. DJI's website suggests that you should be able to balance the unit within 5 minutes. I would actually say that the 5-minute mark is accurate given some understanding of balancing gimbal stabilizers.

So what we have now is a unit that is lighter then its predecessor, all at an affordable cost of under $2000. DJI has crafted an attractive product with the Ronin M and, most importantly, displayed that it can incorporate customer feedback in new product development. While the Ronin M has taken a slight hit in payload support, it is my firm belief that this will be a far more practical unit for the masses. Camera technology is constantly miniaturizing and becoming more lightweight, so our accessories really should follow the same trend. 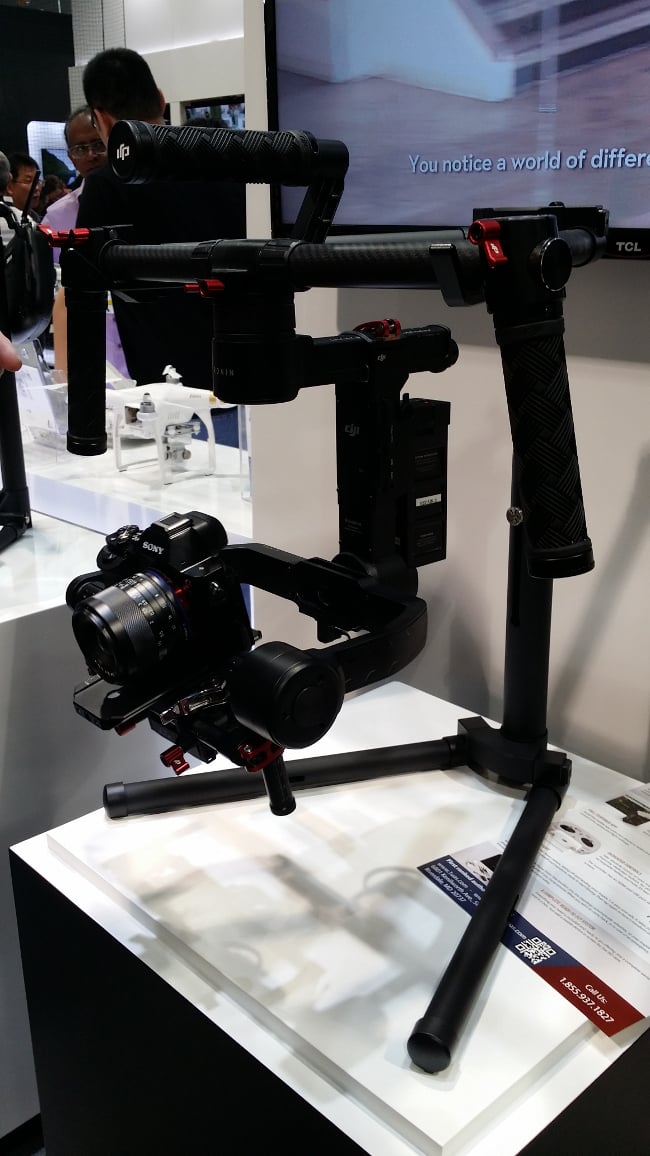