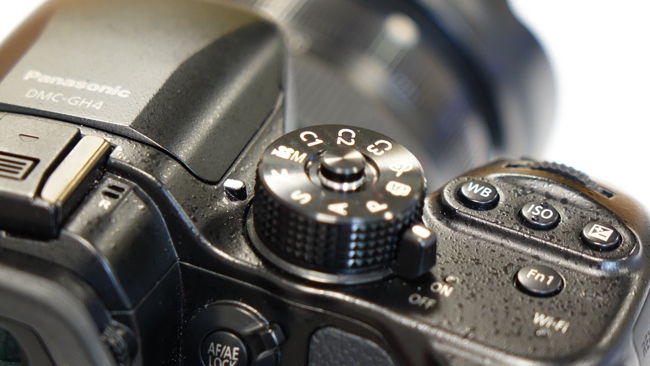 Anamorphic shooting comes to the GH4.

Anamorphic shooting was actually available in the last firmware update but only for 25fps in 50hz areas and 30fps in 60hz areas (the United States and Japan) but the new mode supports a nice selection of frame rates: 23.98, 24, 25 or 29.97 fps. The press release doesn't mention it but I assume that the new firmware update still supports the aspect ratios available in the last update too: 4:3, 3:2, and 1:1 so that you can match the shooting aspect ratio to the squeeze factor in your camera.

The news is well timed as there has been a slew of anamorphic lenses announed at NAB this year including a new Cooke /i Anamorphic Zoom. However I suspect many GH4 users won't be able to afford Cooke Anamorphic lenses but there is some great news on that front too. A company called Veydra are developing a set of Mini Anamorphic primes that are natively in the M4/3 format. These are 2x lenses so you still get the Oval Bokeh effect and they are front anamorphic lenses so should be good for those anamorphic flares too. The first prime lens in the set is expected to be a 25mm lens with a maximum T2.2 stop. The price for each lens is expected to be only around $5000. They could be a great match for the GH4 with the new update.

The camera will also output 4:3 video over HMDI as a 10-bit 4:2:2 stream, however this has to fit within the height constraints of the UHD format that is suported by HDMI, so it is downscaled to 2880 x 2160 with black bars on either side.

A further enhancement of the new firmware is the addition of a very high shutter speed of 1/16,000 sec. when using its electronic shutter mode.

It would appear that Panasonic is listening to GH4 users and making some great firmware updates available which makes the GH4 even more of an attractive proposition.