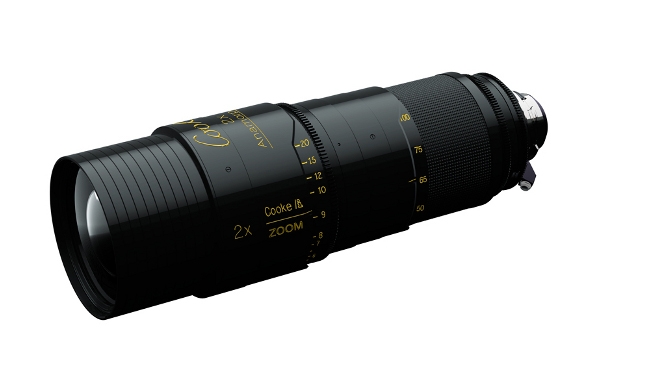 It's been a crazy busy NAB which has meant that one big announcement has slipped by quietly among the excitement about the latest cameras. Cooke the award winning company that is a leading name in cinema lenses has released a new front anamorphic zoom to compliment its existing range of anamorphic primes. And like the prime lenses it is made to work alongside, it is also features a 2x squeeze so you are good to go for that nice oval bokeh.

It's a bit of a surprise as Cooke hasn't made any zoom lenses for a long time now, but the ones that are out there already are still highly regarded and prized by their owners.

The new lens features Cooke's /i technology that transmits lens metadata directly to the camera, allowing the camera to record lens information alongside the video footage you have shot - even if you can't remember the focal length that you were on when you shot the footage, the camera will remember. This is especially handy on a zoom lens as obviously it doesn't have a fixed focal length. Your VFX people will love you when they discover you have all this data available to them.

Les Zellan, Chairman and Owner, Cooke Optics, said: “In the storied tradition of Cooke 5:1 and 10:1 zooms, this is the first in a series of front anamorphic zoom lenses that will complement Cooke’s set of Anamorphic/i primes lenses.”

Unfortunately the announcement didn't say what the focal lengths of the new zoom are but, as it appears that this will be the first in a series of anamorphic zooms from Cooke, then there will probably be something to make everyone happy.