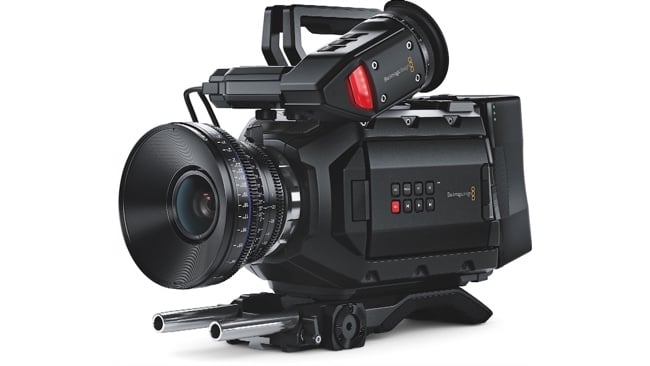 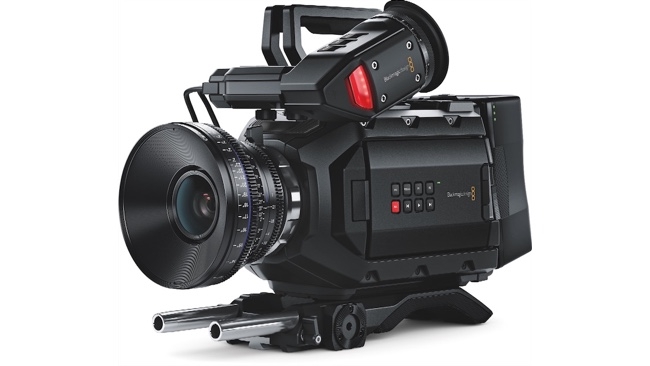 We said there was going to be more news from Blackmagic, and we were right. From the new URSA MINI down, the company has just laid down an impressive marker for the rest of the industry to follow.

At last year's NAB, we thought  "it's unlikely that Blackmagic will launch any new cameras". We kind-of felt that with the Cinema camera, the 4K production camera and the Pocket Cinema Camera launched the previous years, maybe it was time for a pause in the creative engineering output from the Melbourne company. We were wrong. We were URSA and Studio Camera wrong.

So this year, we thought — maybe some minor updates; maybe at the outside one new camera?

We were wrong. We've been given exclusive early access to Blackmagic's new devices, and there are several, and they are at first sight very good indeed. We're tempted to conclude that they're so good that they're disruptive.

Grant Petty talked quickly as he revealed the new products to RedShark. He explained that while it might look as though these were the result of furious work in the last year, they have all actually been in development for several years and it is essentially coincidence that they have all appeared together.

There's a lot of detail here, and you can see it in the attached press releases and in our other articles, but here's the gist of it:

A new sensor for the URSA

The new sensor is 4.6K - enough to compensate for Bayer filter losses, and with 15 stops of dynamic range (DR). Camera DR is always subjective because it is a judgement based on how much noise is acceptable, but nevertheless, this is a significant improvement.

The sensor can be switched between Global and Rolling readout and captures 4608 x 2592 pixels.

Grant Petty told us "we have spent a lot of money on this sensor. We've been working on it for two years".

There will now be two versions of the URSA, one using the original sensor. And there will be a version incorporating the new sensor. Existing URSA owners can completely upgrade their new cameras to the new specification with an upgrade that costs $2000.

With the recent spate of interest in High Dynamic Range (HDR) video, and with the new sensor boasting 15 stops, it should be easily capable of shooting raw material suitable for mastering into HDR video. To help with this, files are recorded as 12-bit lossless Cinema DNG RAW. 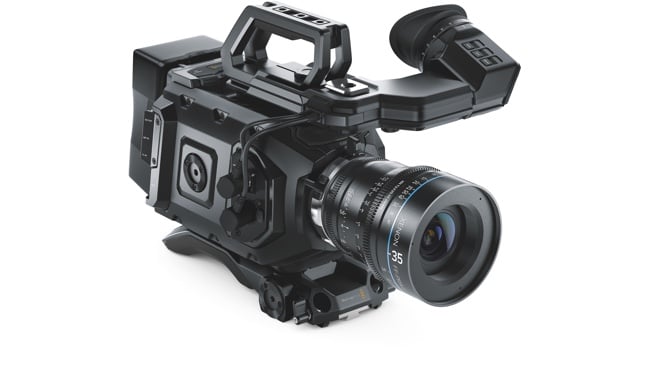 Eschewing the opportunity to call the new camera "URSA MINOR", Blackmagic has renewed their vision of what a Blackmagic Cinema Camera should be. The Mini is essentially an URSA in a smaller package, shoulder mountable, but with the same 4K or 4.6K sensor options. Made from magnesium, it has a great-looking industrial design that can be easily tripod mounted (with a quick release option) or placed on the shoulder with the optional URSA Mini Shoulder Kit, which has a quick release mounting plate that allows it to be transferred from a tripod to a shoulder in seconds.

There's a 5in fold-out viewfinder and you can use the camera with Blackmagic's newly announced OLED Full HD viewfinder. This is a full HD OLED viewfinder "made with precision glass" that's so clear that it's "like using an optical viewfinder".

With the new sensor and at the price point that Blackmagic has chosen, we think this camera will be genuinely disruptive.

There are two more cameras: 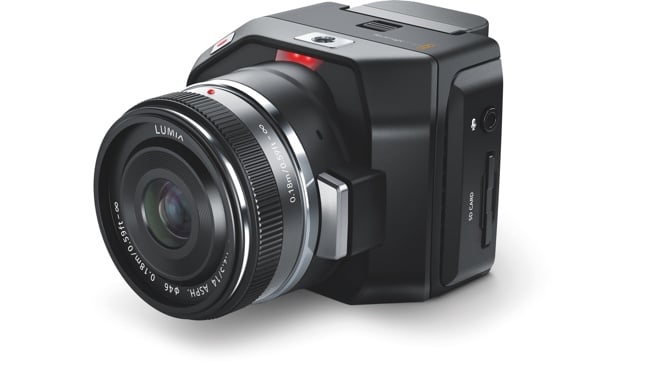 This has a similar Super 16 sized sensor to the Pocket Cinema Camera. It's strictly HD but can record up to 60 frames per second. It has a PWM bus port for remote control via standard wireless controllers — ideal for fixing to drones or installing remotely.  Grant Petty described it as a "compact tiny digital film camera with remote control.”

We will have a separate article on this camera soon.

The new camera's body is very small: a miniature cube, but it is very tough, and nowhere near as heavy as you would expect. In a sense, you could say this could fix many of the issues that exist with consumer-type action cams, namely a rugged body and the ability to choose your own high quality lens. It records to SD cards. 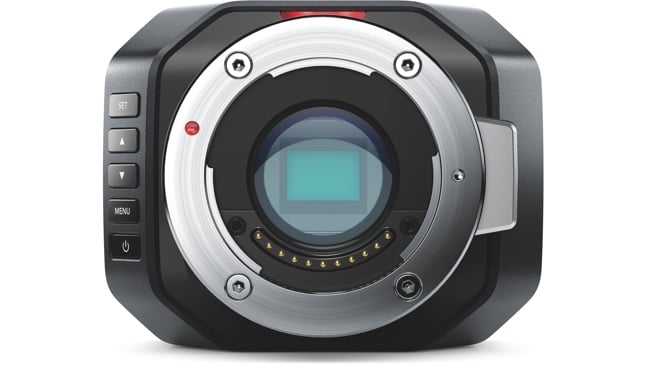 This looks almost the same as the Micro Cinema camera but is aimed at studio use. It's essentially a Blackmagic Studio camera without the viewfinder and in a more rugged, miniaturised body. There's a built-in Davinci primary colour corrector, and it has a B4 lens mount. It seems ideal for reality TV, where you need large numbers of unobtrusive, discreet cameras that can connect to a standard studio camera controller. Amazingly this diminutive device works at 4K.

And as for Resolve...

We haven't even had time to mention Resolve here. We will have a separate article. What we will say is that according to Grant Petty, this is a bigger upgrade than any other, with more progress in the software than in the rest of its history put together. In his view, this is now "the best video editor in the world".

Whatever you think about Blackmagic, you can't deny that the quality and the scope of their product range is astonishing. They have impressive industrial design, the products are increasingly powerful, and they have completely changed — and shaken up — the digital video camera landscape.

It now seems that whatever area of the video industry you work in, at some point, Blackmagic products will be on your shortlist. And if you're in the market for a camera, then the world is a different shape to the way it was yesterday.