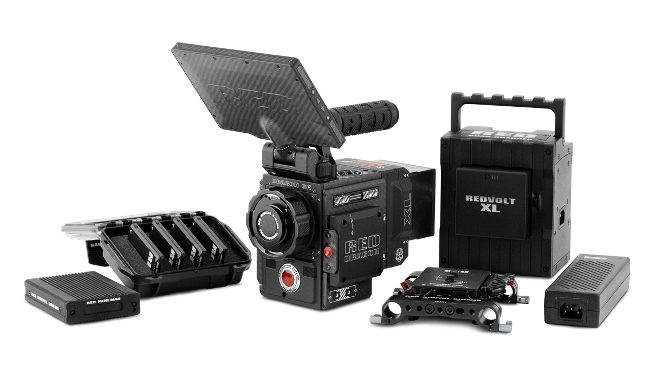 It’s probably no surprise that Red has been fast to 8K in the digital cinema market as it has always been a company that pushes the resolution envelope. But in a surprise NAB announcement, Red says it is going to be releasing an 8K full frame sensor upgrade for its Weapon camera that will be able to record 8K at a rather staggering 75fps. Most people were expecting such an announcement to be a ways off yet.

The Japanese broadcaster NHK will be very happy as there is now finally going to be an off the shelf digital cinema camera that it can use (alongside the recently announced Hitachi 8K shoulder cams) for the 8K "Super Hi-Vision" TV service it is developing. Until now it has had to make use of rather more limited prototype 8K cameras.

Of course many people in the rest of the world are probably wondering what they are going to do with an 8K camera other than downscale to 4K or possibly in some kind of digital signage application, but the 8K will be there for whatever uses people find for it. Perhaps it will be the ultimate camera for cropping in post when you need to re-purpose footage for other aspect ratios or something.

Coming at it from another angle there will be many fans of large sensors who will be very excited about the idea of a video camera with a sensor the size of a photographic stills camera. Perhaps all those people who are used to this kind of shooting from working with the Canon 5D for example. It may also give great results in some kind of sensor crop mode with anamorphic lenses, we will have to see once it is available.

The 8K sensor will only be available as an upgrade to Dragon Weapon initially.

The Upgrade price from Dragon Weapon is expected to be $20K when the 8K option becomes available at end of the year.