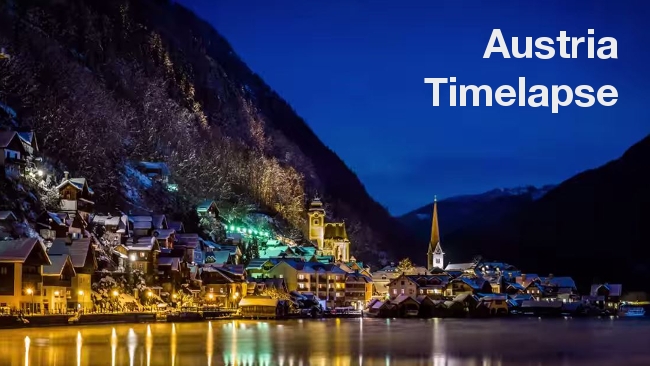 We're sharing an eye-wateringly good timelapse of Austria by FilmSpektakel, some technical information about the project and a few how-to videos for your own timelapse videos.

Usually, when featuring a video, we start off discussing some of the finer points before revealing the vid at the end, but for this timelapse from Vienna-based production house FilmSpektakel, it's probably best to jump right into it:

Of course, this isn't the first timelapse that we've featured on the pages of Red Shark, and likely not the last. But we think that providing some background to this project, along with a few how-to videos, will help out any of our readers who wish to experiment with their own timelapses.

On the surface, the idea of an Austrain production company making an Austrian timelapse doesn't sound that impressive, but for anyone who has ever made his or her own timelapse, it should be clear how time intensive an undertaking this was. In fact, FilmSpektakel spent two years trekking throughout Austria to capture the timelapse segments for use in the finished video. The production used Canon cameras (two 5D Mark IIIs, one Canon 60D, one Canon 600D) and a variety of lenses. Although it's not explicitly stated, I would venture to guess that these cameras had Magic Lantern installed, making use of its intervalometer and possibly advanced bracketing capabilities, among others. For the smooth movements, including apparent 'dolly' style moves with pan and tilt, the cameras were on either Dynamic Precision or PocketSlider products, using a motion controller from Emotimo.

Yes, having a rough spec list helps, but if you're just starting out, perhaps you require a bit more instruction. Here are three how-to videos that should help. The first two are tutorials on using Magic Lantern for timelapses (regular and HDR) by YouTube user DaveHowTo, the last video is a run-down on your three day-to-night timelapse options by filmmaker and Vimeo user Preston Kanak: